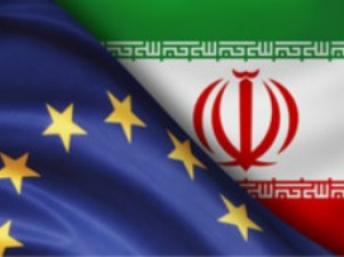 Tehran, June 6, IRNA – Europeans are complaining about rising American trade with Iran as their companies bear the brunt of the sanctions that the US government pushed through against the Islamic Republic, Bloomberg said.

While Europe’s trade with Iran still dwarfs that of the US by more than 20-to-one, American business has climbed 35 percent since 2011, compared with a 77 percent drop for the European Union, according to data compiled by Bloomberg.

Bloomberg further quoted some officials as saying that it’s unfair that US exports, mostly food, pharmaceuticals and medical devices, are rising at a time when European companies are making sacrifices and their banks are being fined for alleged dealings with sanctioned countries.

ˈThe EU needs to address concerns with the US,ˈ the site quoted Marietje Schaake, a Dutch member of the EU parliament who has served on the Foreign Affairs and International Trade committees, as saying.

“American sanctions vis-a-vis Iran have had undesired extra-territorial impact on EU business,” Schaake, who was in Iran in December, said in a written response to questions.

Divisions among the allies over measures against Iran may hurt any effort by the US and Europe to partner in a new sanctions regime to punish Russia’s Vladimir Putin for his Crimea land grab, said Ian Kearns, director of the London-based European Leadership Network, a policy-advisory group led by former EU officials.

Accordign to Bloomberg, US that was once one of Iran’s main commercial partners, has largely shut itself out of the $400 billion economy since ties broke off after the 1979 Islamic Revolution.