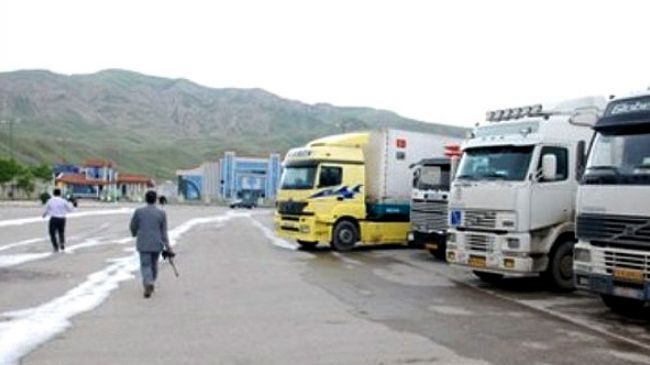 Latest data show that the volume of trade transactions between Iran and Turkey has surpassed $3 billion in the first three months of 2014.

According to the figures released by the Turkish Statistical Institute (TurkStat), Iran-Turkey trade turnover stood at $3.256 billion in the first quarter of the year, IRNA reported on Wednesday.

Iranian Ambassador to Ankara Alireza Bigdeli says Iran and Turkey have set a target of nearly $16 billion in trade transactions during the current Iranian calendar year, which started March 21.

The Iranian envoy said on April 21 that the figure would rise to $20 billion once a preferential trade agreement signed by the two countries is enforced.

Iran and Turkey have signed a preferential trade agreement that could pave the way for a hike in bilateral trade. The agreement was signed during a visit by Turkish Prime Minister Recep Tayyip Erdogan to Tehran in January. At the time, the Turkish premier said the goal is to boost trade between the two neighbors to $30 billion by 2015.

On January 23, Turkish Minister of Energy and Natural Resources Taner Yildiz said Turkey is determined to boost the level of its bilateral trade volume with Iran.

He said Turkey imported more than seven billion dollars worth of Iranian natural gas and crude oil in 2013, which is a huge figure.

The figure, Yildiz further noted, included $4.5 billion worth of natural gas and $3.1 billion of crude oil.

Turkey seeks to raise the level of its trade transactions with Iran within a logical and legal framework, he pointed out.