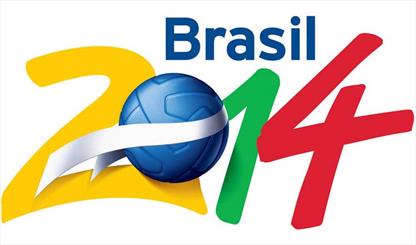 World Cup 2014: Iran – the secrets behind the players

Which Iran player showed his softer side by saving a wounded butterfly, which one is a bit more German than Iranian, and who is covered in tattoos that have caused a storm back in Tehran?

The young goalkeeper needed diplomatic intervention in order to make his international debut. Born in Germany to a Polish mother and an Iranian father, the giant shotstopper caught the eye of Iran’s manager Carlos Queiroz while playing in the Bundesliga for (the just relegated) Eintracht Braunschweig. The problem for Fifa was that the 23-year-old’s name was spelt differently on his two passports: Daniel in his German one and Mohammad in the Persian document. Iranian diplomats stepped in and eventually the issue was resolved and Davari, who does not speak much Farsi, could represent the land of his father’s birth this June.

The former Bolton, Fulham and Barnsley midfielder is a tough competitor and never gives, or asks for, any quarter. He has a softer side however as he demonstrated during the 2013 Asian Champions League. The pony-tailed star saved a butterfly that was struggling in north-east Thailand. The hard man of Iranian football found the stranded spectator on the pitch and gently cradled it before releasing it to safety. Perhaps there is karma after all as he has since become the highest-paid player in the Iranian league, reportedly earning over $700,000 a year. The player is still keen to return to Europe if at all possible and is hopeful that a good World Cup could be the way to do so.

He scored twice on his national team debut and did his best to help keep Fulham in the English Premier League but not all in Iran were delighted when he chose to represent Team Melli at senior international level (after playing for various German teams from the under-17 to under-21 level) – due to his tattoos. Born in Iran but having moved to Germany at the age of one, Dejagah, now 27, has a tattoo of Berlin on one arm and Tehran on the other as well as ‘Never forget where you are from’ inscribed on his neck. Tattoos are illegal in Iran, although increasingly popular among young people. Sections of the Iranian media labelled Dejagah’s tattoos as vulgar but the player has been fortunate in that he has provided a much-needed spark to the team’s attack since his debut and the fact that he has had the support of Queiroz, who must have seen a tattoo or two during an extensive coaching career. Often, if not always, long sleeves cover all his body art up in the international arena, but it still remains a talking point whenever Dejagah pulls on the white shirt.

It is not only football that links this pair (Azmoun is in the preliminary squad of 30 but may not quite make the final 23) and that is volleyball. Ghoochannejhad’s uncle is one of the best-known volleyball coaches in Iran and while Azmoun’s father is not quite as famous, he is also coaches the sport. It is not only volleyball that inspires ‘Gucci’, he also plays the violin.

The goalkeeper made a difference when push came to a shove in the final rounds of qualification. Drafted in for the final three games with Iran’s chances of an automatic place in Brazil looking under threat, Ahmadi did not concede a single goal in the next 270 minutes of sometimes frantic and heart-stopping action. His opportunity came after his predecessor, Mehdi Rahmati, withdrew from the team. Rumours suggest that Rahmati decided to pull out after being blamed by Queiroz for the home loss against Uzbekistan that put Iran’s qualification in doubt and disquiet over the plans of the Iranian FA to look into inviting the German-born Daniel Davari to join the team. Despite subsequent apologies from Rahmati, who is keen to get back into the team, he has not been able to persuade Queiroz to reinstate him.