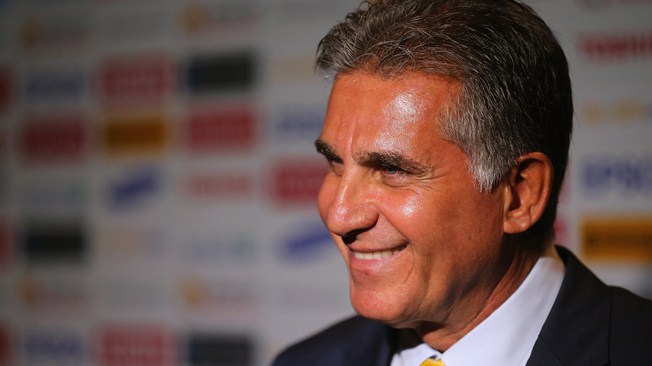 Iran coach Carlos Queiroz said his men are desperate to defy the odds, and cause a surprise at the 2014 World Cup in Brazil.

The Gulf nation are given little hope of progressing past Group F, as they are drawn against Argentina, Bosnia-Herzegovina and Nigeria.

Queiroz’s men arrived in Brazil on Tuesday, with their opening group game against Nigeria on June 16.

The former Portugal boss said Iran are motivated to vindicate their qualification to the finals.

“As we came from the other side of the world we arrived earlier to start our preparation,” Queiroz said in Sao Paulo.

“We have earned the right to play against the best and now it’s time to do it.

“We have 90 minutes in each game and we will use them the best possible way.”

Iran’s preparation for the tournament has been less than ideal, with reports assistant coach Majid Salih resigned following their training camp in Austria.