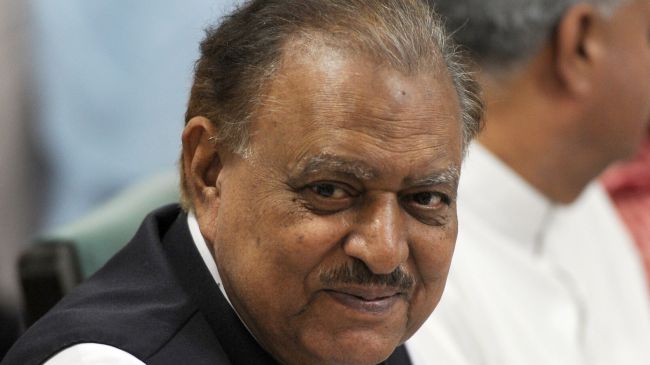 Pakistani President Mamnoon Hussain says his country is keen to expand its relations with the Islamic Republic.

Pakistan seeks to increase interaction with Iran and pursues this path given the close ties between the two countries in the past, Hussain said in an address to a joint sitting of the National Assembly and Senate on Monday.

He assessed as fruitful a recent visit by Pakistani Prime Minister Nawaz Sharif to Tehran and emphasized that both the Iranian and Pakistani officials share the view that close bilateral ties and brotherly relations are vital for regional peace and development.

The Pakistani premier paid an official two-day visit to Iran in May at the head of a high-ranking delegation.

Hussain further expressed confidence about the completion and implementation of the Iran-Pakistan gas pipeline project, adding that the venture will further strengthen friendly ties between the two countries.

According to the original agreement sealed between Iran and Pakistan, the first Iranian gas delivery to Pakistan should start by December 31, 2014.

The two countries are also responsible for the completion of the pipeline project within their territories.

The IP pipeline is designed to help Pakistan overcome its growing energy needs at a time when the country of over 180 million people is grappling with serious energy shortages.