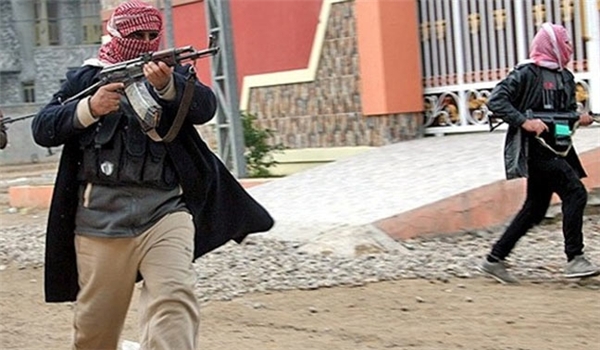 ISIL kidnaps tens of Kurdish students in Aleppo, A copycat of Boko Haram

The Kurd students were kidnapped by the Saudi-backed Al-Qaeda offshoot, the Islamic State of Iraq and the Levant (ISIL), near the city of Manbij while they were on their way to a school in a nearby city to take part in their final examinations.

The young students are currently being held in a detention center in the ISIL-held city of Manbij, North of Aleppo.

There are no reports about the health conditions of the abducted students.

The Assembly of Kurdish Lawyers in a statement expressed their concern about the fate of the kidnapped students, appealing to the civil forces in Manbij area, the political councils of the Syrian opposition, the Syrian Red Crescent as well as international and local commissions of human rights organizations to intervene in order to release the students.

Parents of the abducted students live in anxiety and panic over the fate of their children, most of them aged 15 amid contradictory reports about their health.

The ISIL have abducted hundreds of Kurdish civilians in Aleppo countryside in the last few months.