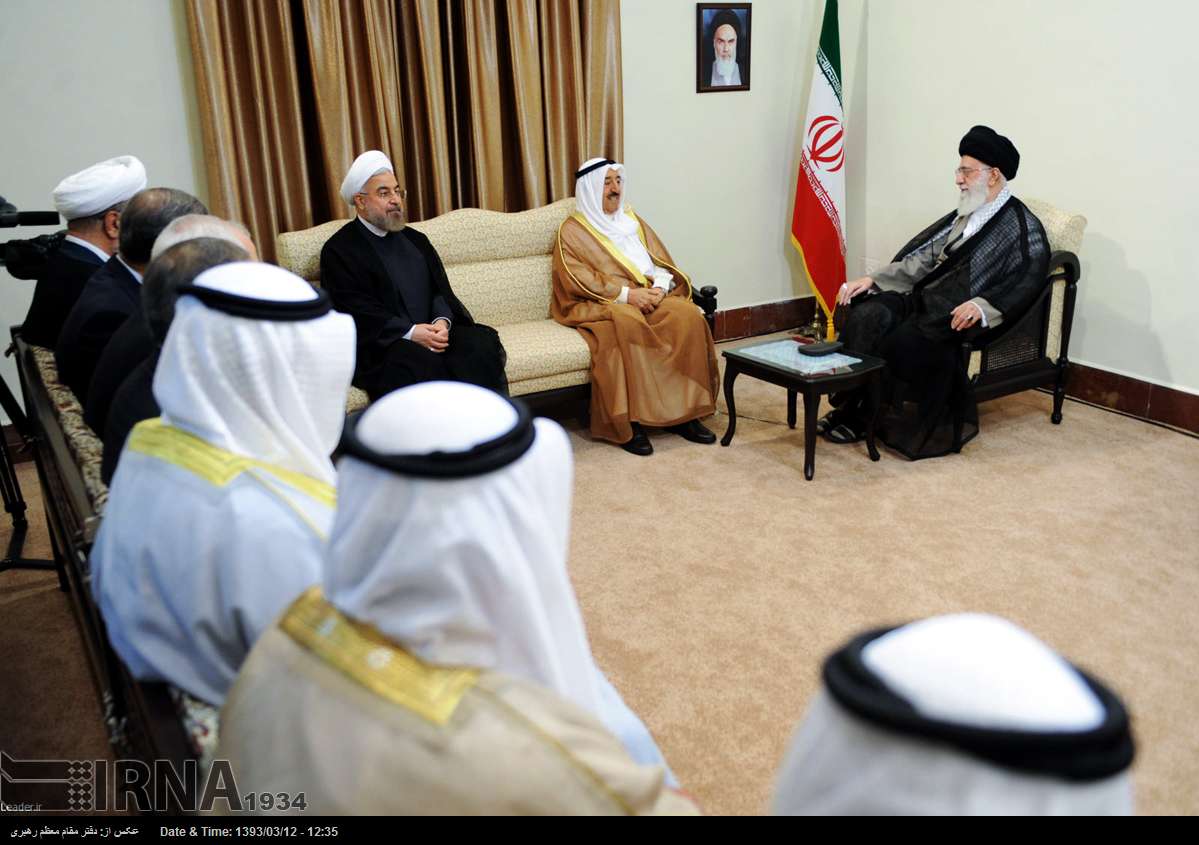 Iran daily: Kuwait’s Emir — Khamenei “guide and leader of all the region’s countries”

Iran’s media added a flourish to the visit of Kuwait’s Emir on Monday, declaring that he proclaimed Ayatollah Khamenei “the leader and guide of all the region’s countries”.

The Rouhani Government is hoping to use the two-day discussions to promote its “engagement” with Gulf States, possibly opening up rapprochement with Saudi Arabia, as well as rebuilding economic ties.

The Supreme Leader’s office, however, wants to boost Khamenei after he declared his mission last week to lead all Muslims in political, economic, and military affairs.

In his Monday meeting with the Emir, Khamenei directed that mission to the Syrian conflict, promoting the fight against foreign-backed “takfiris” (Muslim heretics) with a possible eye on Saudi Arabia: “Some regional countries are not aware of the danger that these Takfiri groups will pose to them in the future and continue supporting these groups.”

Speaker of Parliament Ali Larijani has reaffirmed support for the Rouhani Government’s nuclear discussions with the 5+1 Powers, while maintaining a firm line on Iran’s program.

The fifth round of discussions on a comprehensive agreement open in Vienna on June 16. Hardliners have challenged the Government’s approach to negotiations, but the Supreme Leader’s backing has curbed their objections and swung some critics — such as former lead nuclear negotiator Saeed Jalili — into support of the talks.

Larijani, often used as an outlet for Ayatollah Khamenei’s views, told a meeting on Monday:

Their goal is stopping Iran’s nuclear progress, but they are mistaken because it’s not them showing us the path to nuclearization, and thus, they can’t stop us now.