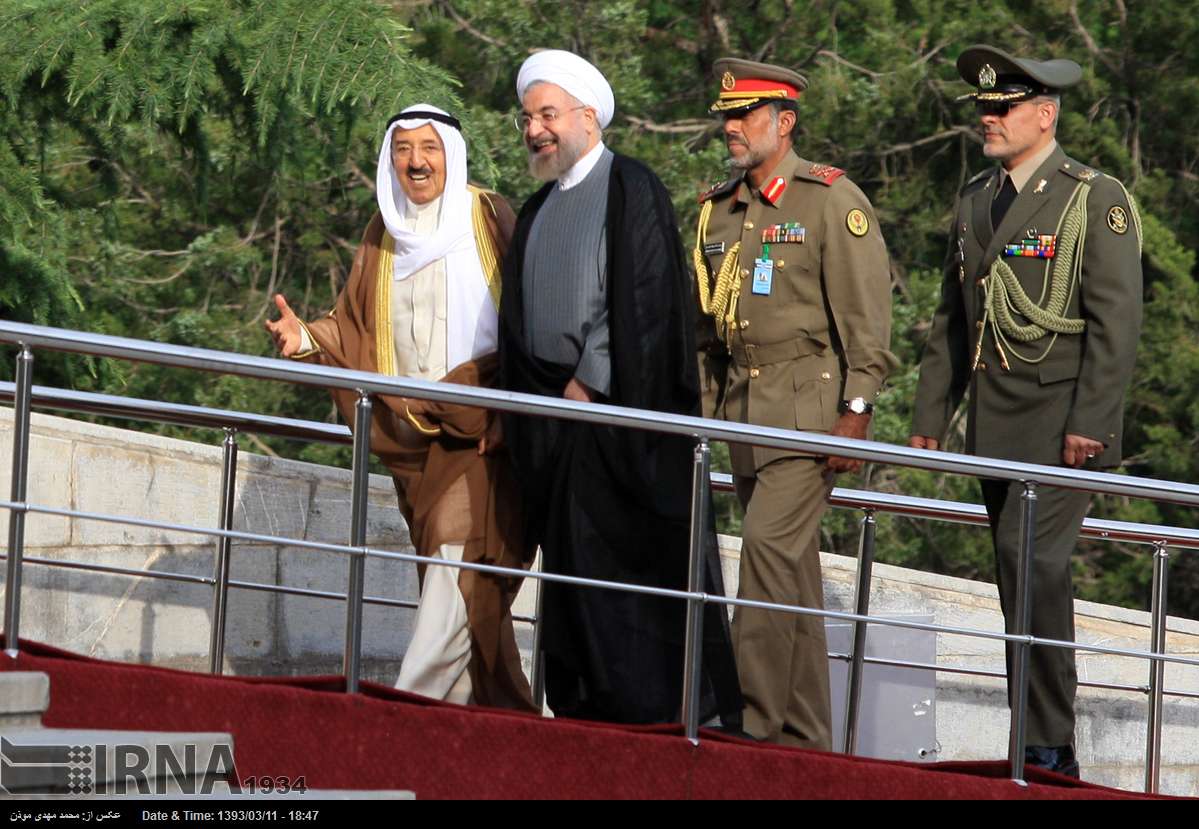 Beyond the President’s official celebration, there is likely to be an even more important topic of discussion: Iran is looking at Kuwait as a bridge for rapprochement with Saudi Arabia.

Tehran has been pushing, both openly and through back-channel talks, for a visit by Rouhani or Foreign Minister Mohammad Javad Zarif to Riyadh. However, Saudi Arabia has been cautious, and the two countries are still divided in their positions over the Syrian crisis.

In recent years some countries in Persian Gulf such as Saudi Arabia and Qatar, being affected by regional and North-African developments and in line with some superpowers countries, have tried to isolate and restrict Iran. However, since the last Presidential elections in the country, Islamic Republic of Iran has adopt a new approach to handle the situation in Persian Gulf.

Iran is also hoping the Kuwaiti talks will re-open Tehran’s economic relations with the Gulf States. Trade has suffered amid US-led sanctions, especially through the regional hub of Dubai in the United Arab Emirates.

A delegation from the UAE arrived in Tehran on Sunday morning to discuss trade and economic relations with Iranian officials.

State media reinforced Rouhani’s message, “All regional countries should help for the establishment of peace and security in these regions”; however, they also added a specific challenge over Syria and Iraq, quoting the President’s invocation to “fight terrorism and extremism”.

Yukiya Amano, the head of the International Atomic Energy Agency, praised Iran’s co-operation with the agency on Monday.

Iran and the IAEA have signed a series of agreements for inspections, supervisions, and provision of information since November, as Tehran and the 5+1 Powers pursue a comprehensive nuclear settlement.

Amano told the IAEA’s Board of Governors, “I welcome the fact that the practical measures agreed with Iran…have been implemented by Iran as planned. Iran has engaged with the agency substantively.”

Material given to the IAEA has included data on explosive-wire detonators, which the US and European partners have said can be used in a militarized nuclear program.

“We are analysing the information provided by Iran,” Amano said, adding that the IAEA will provide an assessment “in due course, after acquiring a good understanding of the whole picture”.

Leading Reformist Tajzadeh Given Another Year in Prison

Prominent reformist Mostafa Tajzadeh, detained since just after the disputed 2009 Presidential election, has been sentenced to another year in prison for “propaganda against the regime”.

Tajzadeh, a former Deputy Minister of Interior, was given the term for writing letters to the Supreme Leader. He is already serving a six-year sentence for “assembly and collusion to disturb national security and propaganda against the regime”.

“Iran Farda” To Re-Appear After 14 Years

The magazine Iran Farda, banned in May 2000, will soon re-appear, now that “all legal obstacles have been removed”.

Linked to the National-Religious Coalition, Iran Farda was led by Ezzatollah Sahabi, who died in 2011.

The first issue of the renewed magazine will publish material on the anniversary of Sahabi’s death, as well as articles on Iran’s political and economic situation.

The Central Bank said on Sunday that inflation rate for the 12-month period that ended on May 21 was 30.3%.

The figure is higher than that given by Presidential advisor Mohammad-Baqer Nobakht last week of 28.4%.

Economy Minister Ali Tayyebnia said in March that inflation would be below 15% by March 2015.

The Rouhani Government inherited a rate of more than 40% in August.

The foreign powers should give up the illusion of attaining their own strategic wishes and aspirations in Syria through military means and accept that the Syrian crisis has no way but a political solution based on the resolve and will of the Syrian people which will be shown through the ballot box….

All of us should accept that based on the common interests of all actors and more importantly, as regards the Syrian people’s interests, any political solution needs joint campaign against extremism and violence, ending the interferences and preventing the dispatch of weapons to irresponsible groups.

Iran convened the session of MPs from other countries to support President Assad’s nominal re-election on Tuesday. The first conference was held in March, just after the failure of the Geneva talks to bring political resolution.

The political solution to the Syrian crisis should come out of the ballot box and not from behind closed doors in certain countries …who can decide for a nation and another country like the Syrian nation….

We pursue fighting terrorism in the region through democracy and not by sending weapons.

It is unknown if Larijani mentioned Iran’s significant military assistance to the Assad regime.

Having renewed his battle with hardliners with a speech on Saturday, President Rouhani maintained the campaign on Sunday

Under pressure over issues such as the hijab and access to the Internet, Rouhani admonished his critics on Saturday, “They have no work, no profession, they are with delusions. They are incessantly worried about people’s religion and the afterlife. They know neither what religion is nor the afterlife, but they’re always worried.”