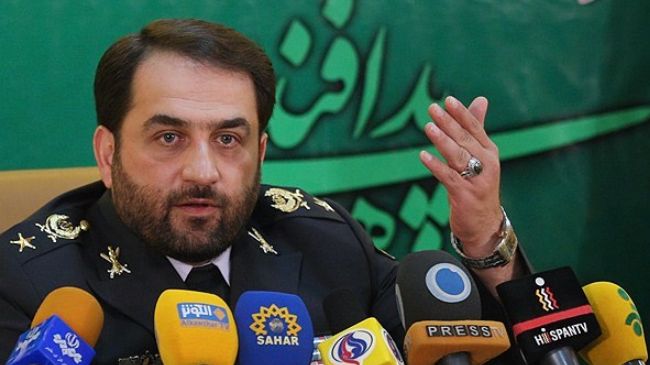 “Qadir can stand well against electronic warfare systems, and there is a very small chance for their discovery and destruction by anti-radar missiles,” Esmayeeli told reporters on the sidelines of a ceremony held to mark the launch of operation by Iran’s new phased array radar system, Qadir in Tehran this morning.

“The radar system uses a system which resonates the frequency and can trace targets more than 1,000km in distance,” the General said, adding that Qadir “has been built and deployed by the research center of the IRGC Aerospace Force’s Self-Sufficiency unit”.

Stressing that the radar can monitor the space over all the borders of the country, Esmayeeli said, “Qadir radar system detects incoming missiles in depth and before they approach Iran’s borders.”

Qadir which can detect hostile flying objects up to 300km in altitude and 1,100km in distance was tested in Payambar-e Azam (the great messenger) 6 wargames in 2011.The powerful radar is capable of detecting flying targets, radar-evading fighter jets and drones, cruise and ballistic missiles and low-orbit satellites.

Iran announced in August that it has finalized construction of space radars to detect satellite and space objects’ trajectories, adding that the country is now using new passive phased array radars to detect stealth targets and cruise missiles.

“The executive stages of Sepehr (Sky) space radar with the range of over 2,500km have been accomplished and the point for its deployment has also been specified,” Esmayeeli told reporters in Tehran at the time.