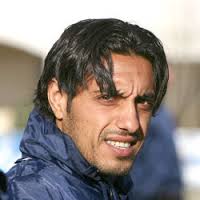 Khatibi, who is a former member of the Iranian national team and has played for Hamburger SV in the Bundesliga and Sharjah FC in the UAE Pro-League, replaced Portuguese Toni Oliveira in Tractor Sazi after the club did not reach an agreement with Oliveira.

“This is a club with history and prestige and I am honored to have been given the opportunity to be its head coach. I’ ve joined Tractor on a three years deal. We will start our training from June 15. I want to make the fans happy and proud,” the 36-year-old Khatibi was quoted as saying.

Tractor Sazi of Tabriz will feature Iran in the AFC Champions League in the upcoming season.