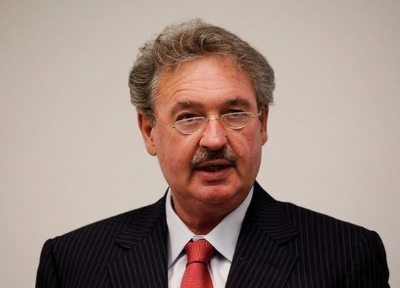 purposes,ˈ said Asselborn who is to embark Sunday on an official visit to

Asselborn whose country is currently a non-permanent member of the UN Security Council, expressed hope that a settlement of the nuclear dispute between Iran and six world powers could be reached by July 20 when the six-month interim accord ends.

He said a final nuclear agreement could also boost trade ties between Iran and Luxembourg, pointing to the ˈenormous economic potentialsˈ of the Islamic Republic.

Asselborn has been among a number high-ranking European officials who have visited Iran since the moderate Rohani government took office in summer 2013.