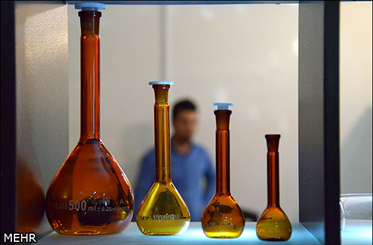 TEHRAN, May 5 (MNA) – A knowledge-based company in Alborz province has produced heat-resistant glassware with applications in laboratory.

Ali Khosravi the managing-director of Alborz Science and Technology Park told Mehr News that the company working with the Park produced the glassware combining art and technique. “Reactor, the name designating the glassware, is two-wall glass vessel resistant to acid and alkaline environments and material. It provides the optimal space where chemicals would react safely,” he added.

“Reactor and bio-reactor is best for cell culture which needs special temperature, pressure, and cycling system to mix the material provided by the vessel itself,” he said.

Khosravi also said that reactors and bioreactors had wide applications in pharmaceutical and chemical industries, research centers, and university laboratories. “The scientific glassware making traces back to western Germany; however, after the Revolution, advancements in glassware production contributed to our competitive powers in heat-resistance glass vessel market,” he asserted.

Khosravi also told Mehr News that within a year, the company has developed six products and predicted production of 15 others, which he believed, could bring about saving of foreign money paid to foreign similar products.

“Production of bioreactor brings together a host of sciences and art including pharmacology, chemistry, and electro-mechanics,” he added.