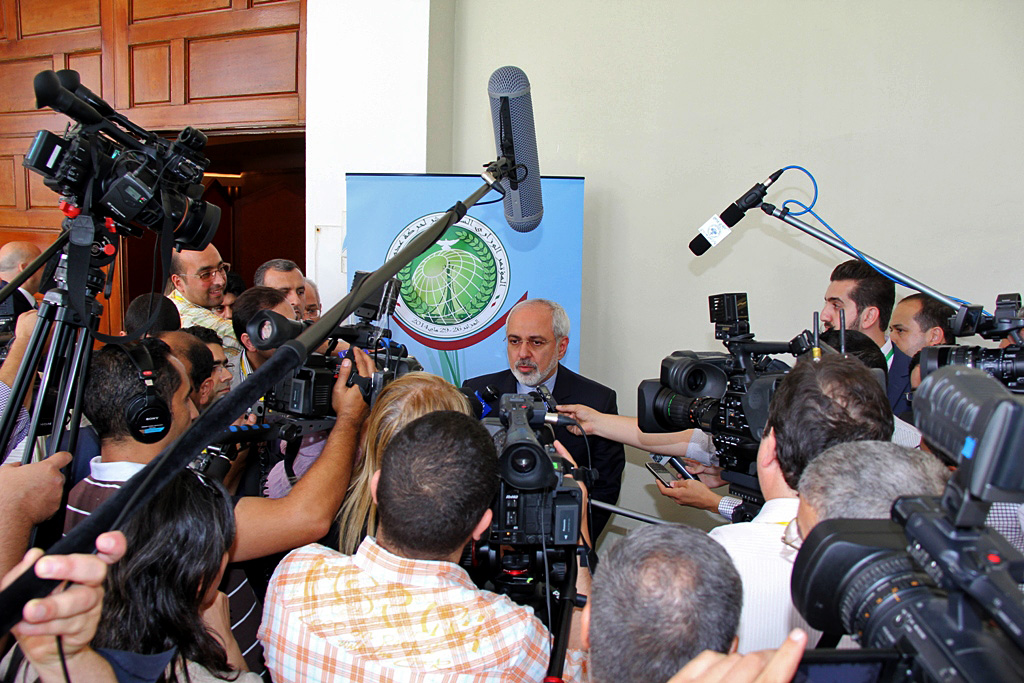 Iranian foreign minister has expressed optimism about political will of Iran and the six powers to end the decade-old standoff over the Islamic Republic’s nuclear energy program.

“I am optimistic about the political will of the two sides; however, we will not allow those who are always fantasizing and plotting to get a chance,” Mohammad Javad Zarif told reporters on the sidelines of the 17th Non-Aligned Movement (NAM) foreign ministerial conference in the Algerian capital city of Algiers on Wednesday.

He added, “We will do our best to achieve a final agreement, and our objective in the talks is to say that Iran’s nuclear program has always been peaceful, and we will never seek to build nuclear weapons.”

The top Iranian diplomat and nuclear negotiator further noted that negotiations between Iran and the six powers – the United States, China, Russia, France, Britain and Germany – over Tehran’s nuclear energy program “have made progress but the issue is very hard and difficult.”

Commenting on his recent unofficial two-day talks with EU foreign policy chief, Catherine Ashton, in the Turkish city of Istanbul over Iran’s nuclear case, Zarif said the talks lasted for about eight hours and focused on the “opportunities ahead.”

He said the two sides held discussions on Monday and Tuesday in Istanbul on different ways of advancing the nuclear talks between Tehran and the six powers.

Iran and the six world powers have been discussing ways to iron out differences and start drafting a final deal that would end the West’s dispute with Iran over the country’s nuclear energy program.

The two sides wrapped up their latest round of nuclear talks in the Austrian capital Vienna on May 16.