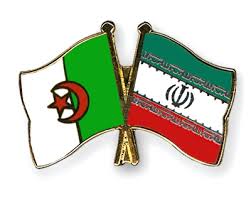 ˈThe Algeriaˈs role is path-finding for NAM,ˈ Zarif said during the meeting with the Algerian late Wednesday.

The Iranian foreign minister pointed to Algeriaˈs constructive role in defending the Iranˈs legitimate rights in making use of peaceful nuclear technology, and said, ˈThe two countries are moving the path of moderation and have common views in the international arena.

Zarif pointed to the heinous phenomenon of extremism in different parts of the world, and said, ˈIran is ready to cooperate with the worldˈs independent states in fighting extremism and by relying on moderation.ˈ

The Iranian foreign minister referred to Iranˈs constructive role in settling the Syrian crisis, and said, ˈWe appreciate Algeriaˈs non-interference stance in the internal affairs of other countries and we believe that this viewpoint can be the basis for Iranˈs active presence in resolving the Syrian crisis.ˈ