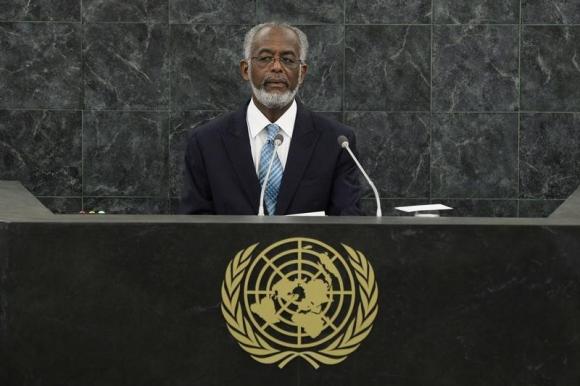 (Reuters) – Sudan turned down an Iranian offer to set up air defenses on its Red Sea coast after a 2012 air strike Khartoum blamed on Israel, fearing they would upset Iran’s regional rival Saudi Arabia, Sudan’s foreign minister was quoted as saying on Thursday.

In an interview with the Saudi-owned al-Hayat newspaper that seemed aimed at improving frosty ties with Riyadh, Ali Karti played down Khartoum’s links to Iran and to the Muslim Brotherhood, which is outlawed in Saudi Arabia.

“Iran, in truth, offered to set up air defense platforms on the Western coast of the Red Sea after the latest Israel raid, but Sudan rejected that because this would require Iranian arms experts (on the ground),” Karti said during a recent visit to Saudi Arabia, al Hayat reported.

“We rejected that because it is an Iranian presence against Saudi Arabia, something which we do not accept,” he added.

The 2012 air strike killed four people and partially destroyed an arms factory in Khartoum. Sudan blamed Israel, which did not comment at the time on the accusations.

Israeli officials have in turn accused Sudan of funneling weapons from Iran to the Islamist Palestinian group Hamas in the Gaza Strip. Iranian officials were not immediately available for a comment on Karti’s comments.

Sunni-powerhouse Saudi Arabia, a key regional ally of the United States, has been locked in a contest with non-Arab Shi’ite power Iran for influence in the Middle East.

The rivalry has effectively divided the region into two camps, with countries either allied to Saudi Arabia or to Iran.

Sudan has been entangled in a complex web that put it at odds with Saudi Arabia when the world’s top oil exporter tried to shore-up Egypt’s military-backed government in its struggle with the Muslim Brotherhood after the army ousted Islamist President Mohamed Mursi from power last year.

Karti denied that Khartoum supported the Muslim Brotherhood, which has been outlawed by Egypt as well as Saudi Arabia and the United Arab Emirates. The Brotherhood’s embrace of the ballot box challenges the principle of dynastic rule in the Gulf.

Sudan said last month after a visit by Qatar’s Emir Sheikh Tamim bin Hamad al-Thani that Doha would deposit $1 billion at Sudan’s central bank as part of an aid package to Khartoum – a move likely to be seen in the region as evidence of Sudan’s ties to Qatar, an ally of the Brotherhood.

In his interview with al-Hayat, Karti also played down Sudan’s relationship with Tehran. “Our ties with Iran are quite ordinary,” Karti said.