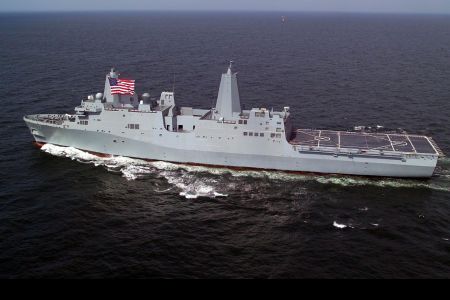 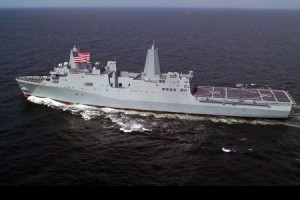 Khartoum — The Sudanese foreign minister Ali Karti disclosed that his government turned down several offers by Iran by which it would have installed air defense systems on the Red Sea coast.

In an interview with the London-based al-Hayat newspaper published on Thursday, the minister said that this military platform “was intended to be directed against Saudi Arabia”.

Karti reiterated that Khartoum has no special ties with Tehran and only an insignificant level of military cooperation.

“This is not true, our relationship with Iran is very normal and below the level [you would expect] between two Muslim nations and especially that Iran stood with Sudan in all international forums and defended it a lot,” he empathized.

“But there is a minor need for Sudan in light of the security challenges facing the country , and we have said this over and over that Sudan benefits from its relationship with Iran in a limited way in the field of maintenance of some of the weapons produced by some Sudanese factories,” Karti added.

The Sudanese top diplomat said that his government is willing to have this cooperation with Iran to “monitored and observed”.

He stressed that there are no Iranian military experts in his country or Iranian weapons crossing from Sudan to any other nation.

In late 2012, Khartoum denied reports that it has approved an Iranian request for building a naval base off the Red Sea.

Since 2012, Port Sudan has become a regular stop for Iranian warships drawing concern by the US and its allies in the Gulf. Khartoum insists that its relations with Iran are based on common interests and not intended to threaten the interests of the Arab Gulf states.

Iran says that In line with international efforts to combat piracy its Navy has been conducting anti-piracy patrols in the Gulf of Aden since November 2008 to safeguard the vessels involved in maritime trade, especially the ships and oil tankers owned or leased by Tehran.

Israel also accuses Sudan of serving as a hub for weapons coming from Iran that are sent to Palestinian militants.

The mostly Sunni Muslim Arab Gulf states are wary of Iranian influence in the Middle East, fearing the Shiite-led country is seeking regional dominance that will stir sectarian tensions.

Karti further explained that Tehran’s backing of proliferating Shiite faith in Sudan “does not reflect the official will of the country’s government”.

The Sudanese official has in the past criticized his government’s move to receive Iranian vessels and said that he recommended against the move.

The Sudanese official went on to say that the Arab Gulf states’ view that Khartoum backs the Muslim Brotherhood is untrue.

“Frankly, our relations have been strained in the era of Morsi more than in the era of former President Hosni Mubarak because many of the issues that we thought that the [2011] revolution will eliminate, the government of Morsi was unable to accomplish,” Karti said.

Sudan’s Islamist government has appeared uncomfortable with the developments in Egypt given the common ideology they shared with Morsi and the Freedom and Justice Party (FJP) which brought him to power before his ouster last year.

This month Karti also acknowledged that there are tensions with Saudi Arabia and the United Arab Emirates (UAE) over relations with Iran as well as the presumption that Sudan backs the International Organization of the Muslim Brotherhood.

A diplomatic fallout occurred between Qatar and other Gulf states, including UAE, Saudi Arabia and Bahrain after they accused Doha of failing to abide by an accord not to interfere in each others’ internal affairs.

The three Gulf states are believed to be angry at Qatar’s support for the Muslim Brotherhood, an Islamist movement whose ideology challenges the principle of conservative dynastic rule long dominant in the Gulf.

A source close to Qatar’s government told Reuters last March that the dispute had more to do with issues in the wider Middle East such as the crises in Egypt and Syria, than about matters affecting fellow Gulf states.

Qatar is one of the main political and economic backers of Sudan’s Islamist government and has hosted Darfur peace talks which resulted in a peace accord signed in 2011 known as the Doha Document for Peace in Darfur (DDPD) between Khartoum and Liberation and Justice Movement (LJM) headed by Tijani el-Sissi.