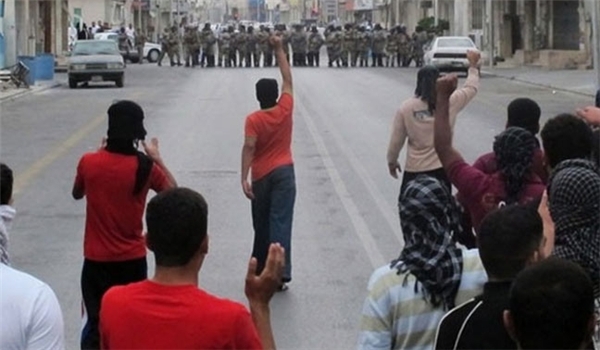 TEHRAN (FNA)- Saudi Arabian authorities condemned a teenage protester to death over an alleged attack on security forces during the 2011 anti-government protests in the Eastern Province.

Ali Mohammed Baqir al-Nimr was detained nearly 30 months ago, when he was 17 years old.

This is while another Saudi court on Monday handed a death sentence to another protester on similar charges.

Over 20 people have been killed and many others put behind bars during crackdown on anti-regime protests since the outbreak of a popular uprising in the oil-rich Eastern Province.

Since February 2011, protesters have held numerous demonstrations in Saudi Arabia, mainly in Qatif and Awamiyah in the Eastern Province, to call for the release of all political prisoners, freedom of expression, and an end to widespread discrimination against Shiites.

Activists say there are over 40,000 political prisoners in Saudi Arabia, many of them being held without trial or charges.

On August 13, 2012, Swedish Defense Minister Karin Enstrom criticized Saudi Arabia for its human rights violations, describing the kingdom as “an authoritarian regime and an absolute monarchy, where serious human rights crimes are committed.”

Amnesty International and several other rights groups have frequently called on the Saudi authorities to stop using excessive force against pro-democracy protesters.