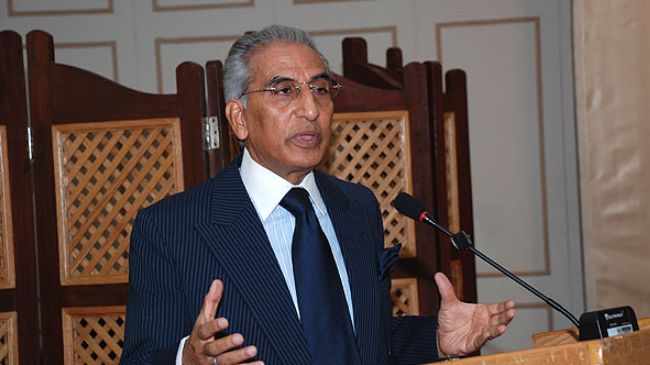 ‘Pakistan in talks with Iran over Afghan security’

A senior Pakistani official says Islamabad will continue consultations with neighboring countries, including Iran, in a bid to help boost security and stability in Afghanistan.

Stating that Afghanistan’s security is of crucial importance to Pakistan, he listed China, Russia, the European Union and the United States as other countries with which Pakistan is holding talks on the issue.

In a meeting with Sharif in Tehran on May 11, Chairman of Iran’s Expediency Council Ayatollah Akbar Hashemi Rafsanjani called for Tehran and Islamabad to work together to save the Afghan people from civil war.

Rouhani made the remarks in a meeting with Afghan President Hamid Karzai ahead of the Shanghai Cooperation Organization (SCO) summit in the Kyrgyz capital, Bishkek.

Rouhani also said the presence of foreign forces in Afghanistan and other countries sets the stage for extremism in the region.