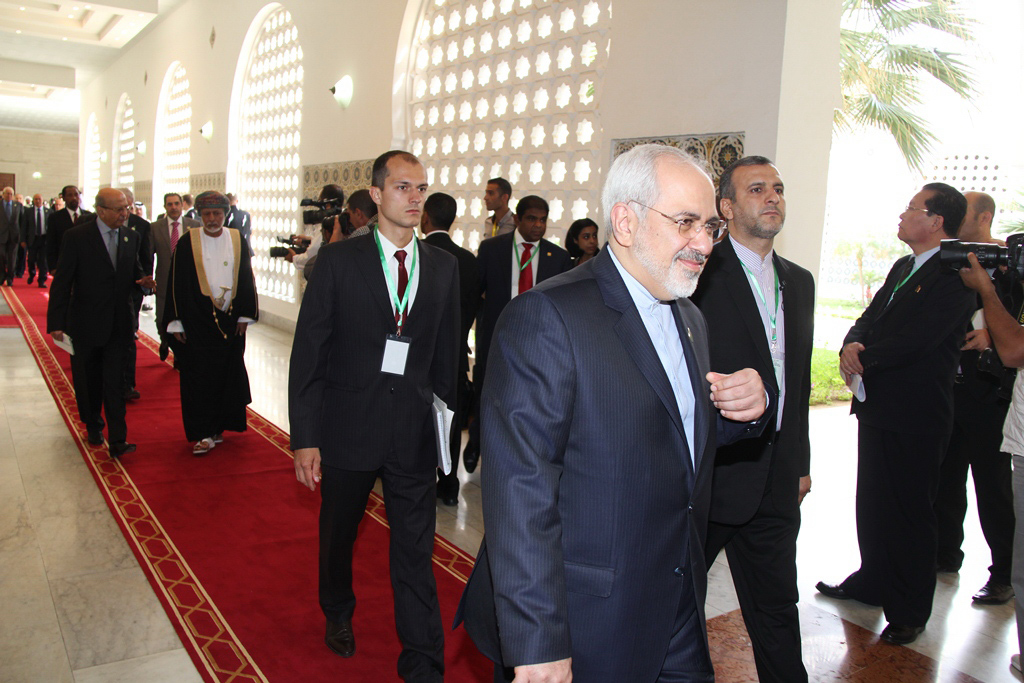 Zarif was speaking to IRNA on the sidelines of the 17th NAM Foreign Ministers Conference currently underway in the Algerian capital, Algiers.

The Syrian people must be allowed to express their viewpoints, he added.

ˈWe all have been affected by such a dangerous situation,ˈ Zarif said, warning that the dangers of extremism, sectarian strife and Takfiri terrorist groups are threatening the whole region.

All countries should stop meddling in the domestic affairs of regional states, he said, noting that the people should determine their destiny on their own.

ˈIˈm sure the Syrian people are determined to decide their own fate through unity and convergence,ˈ Zarif said.