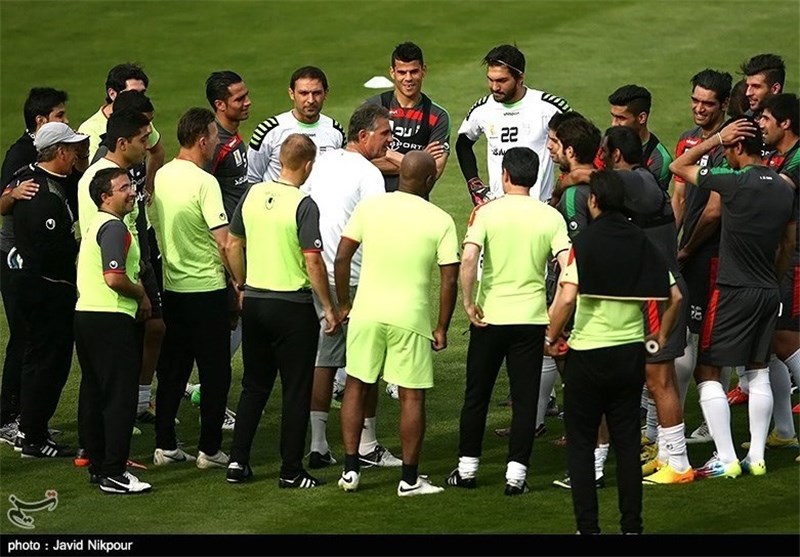 Persianfootball.com – HARTBERG, Iran’s national team will take on Angola in the second last friendly match ahead of the World Cup in Austria’s Hartberg on Friday.

The final scheduled test against Trinidad & Tobago in Brazil on June 8 will be played behind closed doors with no cameras, spectators or journalists present.

Little experiments can be expected so shortly before the biggest football tournament, at least in the starting lineup.

From the 28 available players, only Hashem Beikzadeh is certainly out with the calf injury he suffered versus Montenegro on Monday.

Andranik Teymourian, Jalal Hosseini, Khosro Heydari and Mehrdad Pouladi all had to pause training with minor injuries, but could be back in the lineup tomorrow.

After Alireza Haghighi and Rahman Ahmadi were given a chance in the two previous friendly matches, Daniel Davari is now likely to start versus Angola.

The Africans will be all but a pushover considering their 2-0 friendly win over Morocco on Wednesday and theclose results in the previous encounters of the two teams.

A bitter 1-1 draw in the 2006 World Cup group stage was followed by a 1-0 friendly match win for Iran in 2011, when Javad Nekounam scored a last minute winner.

After the match, Team Melli will return to Tehran for a farewell ceremony before heading to Brazil for the final stage of preparations.