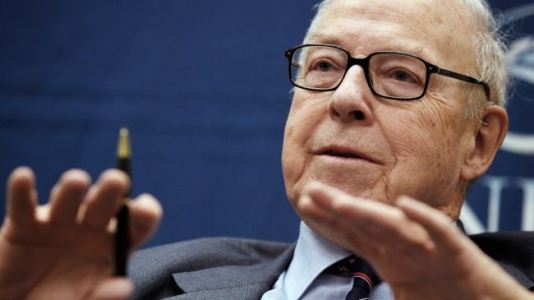 A former IAEA chief says a final settlement to the dispute over Iran’s nuclear energy program would be possible before July 20.

“This could act as an icebreaker for other international issues like Syria or Ukraine. An agreement by the end of July would be quite desirable and possible. The longer you wait, the harder it will get,” former Director General of the International Atomic Energy Agency (IAEA) Hans Blix told Austrian German-language daily broadsheet Die Presse on Tuesday.

Blix also censured the proposed inclusion of the Iranian defense systems in the nuclear talks.

“It is strange that now new points are introduced into the negotiations. I understand the Iranian confusion in this regard. Because the weapons program was not included in the Geneva interim agreement,” he stated.

Iran and the five permanent members of the UN Security Council – the United States, France, Britain, Russia and China – plus Germany have been discussing ways to iron out differences and start drafting a final deal that would end the West’s dispute with Iran over the country’s nuclear energy program.

Under the deal, the six countries agreed to provide Iran with some sanctions relief in exchange for Iran agreeing to limit certain aspects of its nuclear activities during a six-month period. It was also agreed that no nuclear-related sanctions would be imposed on the Islamic Republic within the same time frame.

Iran and its negotiating partners wrapped up their latest round of high-level nuclear talks in the Austrian capital, Vienna, on May 16.