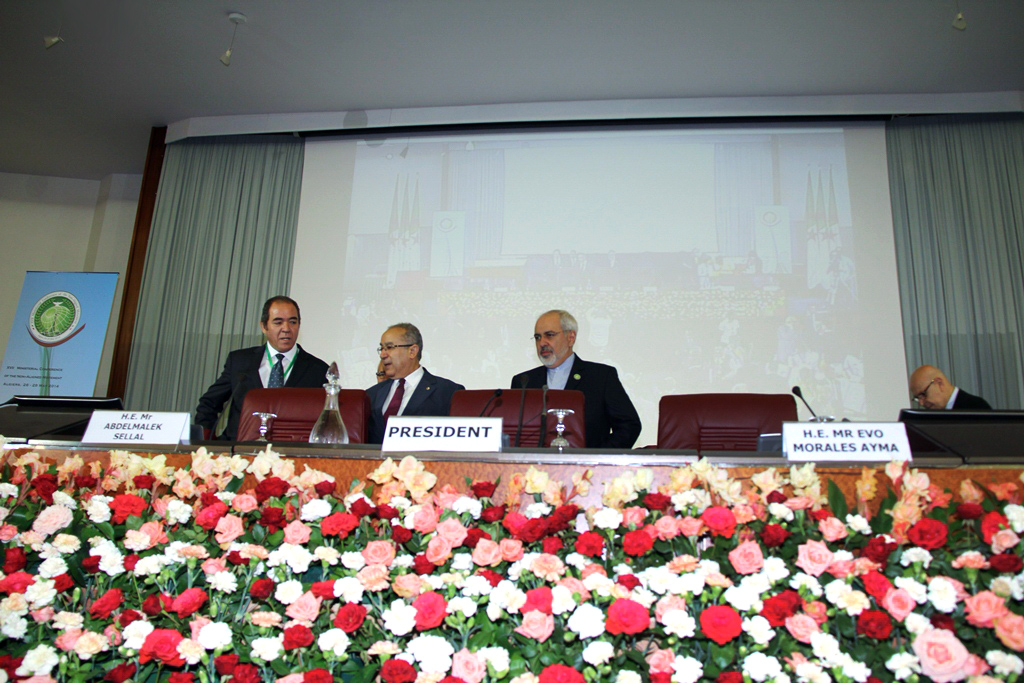 Algiers, May 28, IRNA – Foreign Minister Mohammad-Javad Zarif said on Wednesday that the Iranian presidency over Non-Aligned Movement has seen good and acceptable performance.

Zarif made the remarks in his statement to the 17th Ministerial Conference of the Non-Aligned Movement (NAM) in Algiers,

Zarif gave a profile of Iran’s 20-month presidency over NAM and said that in the period Iran sponsored 140 sessions through the NAM coordination bureau in New York.

Zarif said the meeting was co-sponsored by the UN General Assembly and the Security Council, aiming to expand political relations, focusing on such issues as Syria, human rights and global security.

He said that the Islamic Republic of Iran has undertaken NAM presidency since 2012 and held many difficult sessions.

He noted that the Movement has launched good cooperation and activities with the UN in relation with international issues and solidarity among nations.