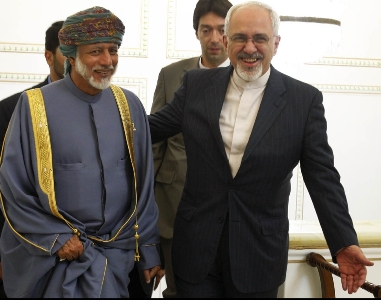 Algiers, May 28, IRNA – Foreign Minister Mohammad-Javad Zarif on Wednesday conferred with his Omani counterpart Yousef bin Alawi on the sidelines of the 17th Ministerial Meeting of the Non-Aligned Movement in Algiers.

Zarif arrived in Algiers Tuesday evening to take part in the 17th Ministerial Meeting of the Non-aligned Movement.

Iran took over rotating presidency of NAM in 2012 for a three-year period.

The 17th Ministerial Meeting of the Non-aligned Movement opened in Algiers on May 26 and will work until May 29.

Iranˈs Ambassador to Algeria Mahmoud Mohammadi has earlier said that officials from 50 countries have applied for a meeting with Foreign Minister Zarif during his stay in Algiers.