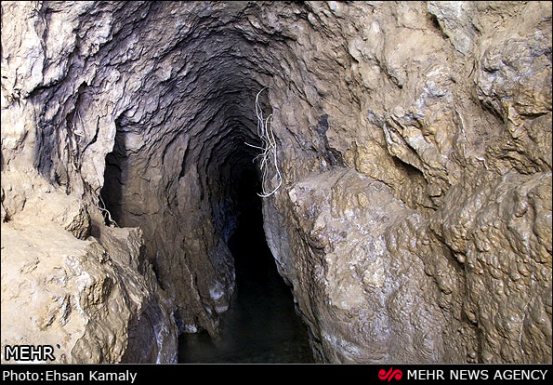 MASHAD, May 28 (MNA) – Qasabeh karez underground water system traces back to times of Aryan influx of the land; it is a masterpiece of water system.

Qasabeh ‘qanat’ (karez) underground water system is located in Gonabad, Southern Khorasan Province. It is among the wonders of the history of civilization. It is one of the deepest wills ever to be dug by man.

The 33-Km karez shines as the embodiment of the art and craft of the man in this land.

This brilliant feat of historical importance requires the officials’ hands to be immediately come to global attention by being listed in UNESCO’s list of World Heritage Program.

The qanat is a heritage from the Aryan times which shines in this chapter of history in the Land of the Sun.

Saeed Tavakoli who is directing a documentary featuring the historical masterpiece told Mehr News correspondent that the main feature of the karez was its incredible depth of 300 meters. “With the technology at hand then, it would be a feat beyond human power to dig a structure with so large in scope,” he asserted.

“The local people believe some supernatural entities such as demons or spirits participated in creating the work,” he added, and believed it was not surprising given the scope and grand scale of the feat.

“The karez indicates that our ancestors worked a living place out of a hot and dry desert, helping prosper a civilization,” the director said.

He also said that his documentary would help to show UNESCO not to hesitate in listing the historical monument in its list of world heritage.