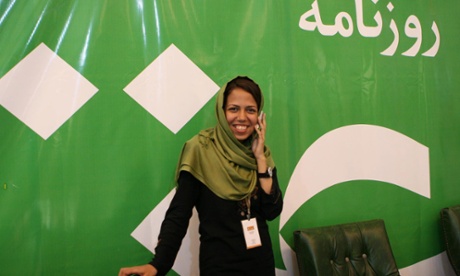 Azarpeik, who has been critical of the state’s treatment of journalists and opposition figures, was picked up by judicial authorities in Tehran

ranian security forces have arrested Saba Azarpeik, a prominent journalist working for a number of reformist publications in Tehran, including Etemaad daily.

Numerous sources said on Wednesday that Azarpeik was picked up from the offices of Tejarat-e-Farda, a pro-reform weekly based in the Iranian capital.

It was not clear if the officials had obtained a warrant for her arrest before raiding the weekly’s office, and whether she has been allowed access to her lawyer. Iranian opposition websites which carried reports about her arrest did not say where she was being held.