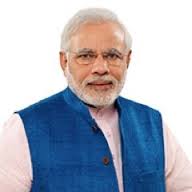 New Delhi, May 28, IRNA – Narendra Modi, who was sworn-in on Monday as India’s 15th Prime Minister, on tuesday had good and substantive meetings with SAARC leaders, who attend his oath-taking ceremony.

Thanking each of them for their graciousness in accepting his invitation to attend the oath taking ceremony, Modi noted that this was a celebration of democracy in the region enriched by their presence.

In his meeting with President Hamid Karzai of Afghanistan, the new Indian PM thanked Afghanistan for the assistance provided by the Afghan National Security Forces in repelling the attack on Indian Consulate in Heart, said Foreign Secretary Sujatha Singh, briefing the media on the meetings.

He said that the attack only strengthened our resolve to work together with Afghanistan. He reiterated India’s commitment to the development and reconstruction of Afghanistan and India’s interest in seeing a prosperous, independent and sovereign Afghanistan where the reconciliation process would be Afghan-led, Afghan-owned, and Afghan-controlled.

In the meeting with Prime Minister Nawaz Sharif of Pakistan, the new Indian PM underlined concerns relating to terrorism. It was conveyed that Pakistan must abide by its commitment to prevent its territory and the territory under its control from being used for terrorism against India.

ˈWe also expect that necessary steps will be taken in the Mumbai terror attack trial underway in Pakistan to ensure speedy progress of the case and the conviction of those responsible,ˈ said Prime Minister Modi.

The two PMs agreed that the Foreign Secretaries will remain in touch and explore how to move forward. The PM said that the two countries could move immediately towards full trade normalization on the basis of the September 2012 roadmap.

PM Modi expressed his hope that India-Pakistan relations would progress in the economic, cultural and political fields in the same manner that India’s relations with her other SAARC neighbours have progressed in recent years. He shared his vision of a SAARC region built on partnerships for development and mutual prosperity.

In his meeting with President Mahinda Rajapaksa of Sri Lanka, the Indian PM noted that India valued its relations with Sri Lanka. He requested the government of Sri Lanka to expedite the process of national reconciliation in a manner that meets the aspirations of the Tamil community for a life of equality, justice, peace and dignity in a united Sri Lanka. Early and full implementation of the Thirteenth Amendment and going beyond would contribute to this process. They also discussed the fishermen’s issue, India’s development assistance program, and economic and commercial cooperation. In particular, the Indian PM expressed interest in early launch of the 500 MW Sampur Coal Power project and greater connectivity between the two countries. Both leaders reiterated their desire to further strengthen bilateral relations.

The new Indian Prime Minister requested Speaker of Bangladesh Parliament Dr. Shirin Sharmin Chaudhury to convey his warm greetings and best wishes to Prime Minister Sheikh Hasina of Bangladesh, and said that he looked forward to receiving her in India at an early date. He recalled our strong relations rooted in shared struggle, history, culture and language. He noted that we have shared stakes in each other’s progress and prosperity and Bangladesh was India’s largest trading partner in SAARC. He appreciated the cooperation extended by Bangladesh to work together with India in all areas of mutual interest including security, power, border management, rail and road transport. He expressed the commitment of Government of India in maintaining and building upon the momentum that has characterized the India-Bangladesh relations in recent years.

To sum up, Prime Minister had good and substantive meetings with all the eight leaders. The visiting dignitaries expressed appreciation for PM’s gesture in inviting the leaders of SAARC and Mauritius to India for the oath-taking ceremony, and for PM’s focus on SAARC and his ideas on further strengthening regional cooperation. The meetings were held in a friendly and constructive atmosphere.

From India’s perspective, a strong and promising beginning has been made at the start of the new Government in our engagement with each of the countries in the South Asian region and with Mauritius, said Sujatha Singh.