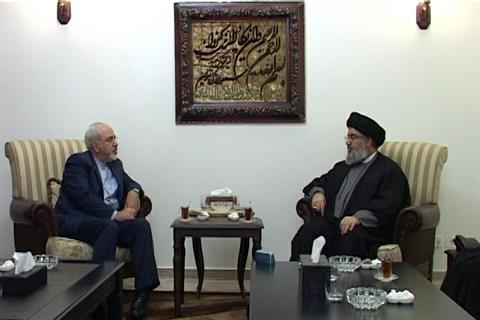 Nasim—Iran’s Foreign Minister Mohammad-Javad Zarif congratulated Hasan Nasrallah, the third Secretary General of the Lebanese political and paramilitary organization Hezbollah, on the anniversary of the liberation of South Lebanon which he said was a prelude to great success in the struggle with the Zionist regime.

In a message issued Saturday, Iranian top diplomat stressed this “historical triumph, which was the result of unity of all religious groups and Lebanese political wings” has occurred under the unique leadership of Hezbollah.

On May 25, 2000, the Israeli army withdrew from territory in Southern Lebanon after 22 years of occupation.