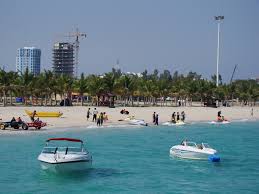 Austrian Airlines AG resumed direct flights to Tehran from Vienna in March. Iranian officials have been in talks with the Italian government and Alitalia SpA to increase the frequency on routes, the Fars News Agency reported on April 30, citing the deputy head of Iran’s Civil Aviation Organization.

Iranian President Hassan Rouhani has promised a rapprochement with the western powers over the country’s nuclear program. Among his first pledges after taking office in August last year, Rouhani said he planned to improve the quality of the tourism industry and draw more foreign travelers.

Travel and tourism accounted for 6.3 percent of Iran’s $482 billion economy in 2012, according to an estimate by the World Economic Forum in a report last year.

Most tourists arrive as part of package tours, according to officials. They visit during two peak seasons: April to early June, and September to October.

When taking into account Shia pilgrims and visitors from neighboring countries, more than 4 million foreigners toured Iran from March 2013 to March 2014, each accounting for an estimated $1,200 of revenue, he said, according to the IRNA news agency.

Foreign visitors to Iran are the most visible effect of Iranian President Hassan Rouhani’s drive to mend relations with the West, an influx that generated as much as $5 billion for the country’s sanction-hit economy over the past year. For the first time since the 1979 Islamic Revolution, international hotel chains are now plotting a return, while European airlines are adding or restoring links with Tehran.

Now, tour operators are hoping the thawing of political relations with the west following the election of Rouhani as president will give travelers the reassurance they need to return.

Between March 21 and April 20, the first month of the Iranian year, 4,594 foreign tour groups visited Iran, more than double the number that arrived in same period last year, Bloomberg quoted Morteza Rahmani-Movahed, the deputy director of the CHTHO, as saying.

Iran may be set to return to the top of “must-visit” lists for 2014, the Financial Times said in a report in January.

Its attractions have never been in doubt — from ski resorts to beaches, stunning Islamic architecture, ancient archaeological sites, and superb food.