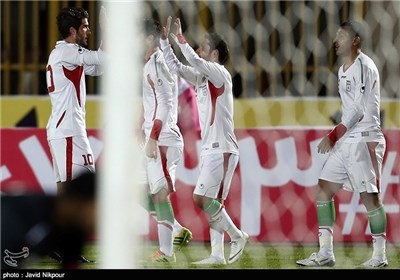 TEHRAN (Tasnim) – The farewell ceremony for the Iranian national football team (also known as Team Melli) participating in the 2014 World Cup will be held on June 2, the country’s football federation announced.

The ceremony will take place at the 12000-seat hall of the Azadi Sports Complex in west Tehran.
Iran will play Trinidad and Tobago on June 8 in its last pre-World Cup warm weather training camp in Brazil.

Team Melli has been drawn in Group F along with Nigeria, Argentina and Bosnia and Herzegovina.

Iran will play Nigeria on June 16 in its opener.

Carlos Queiroz’s men will face Argentina and Bosnia and Herzegovina on June 21 and June 25, respectively.