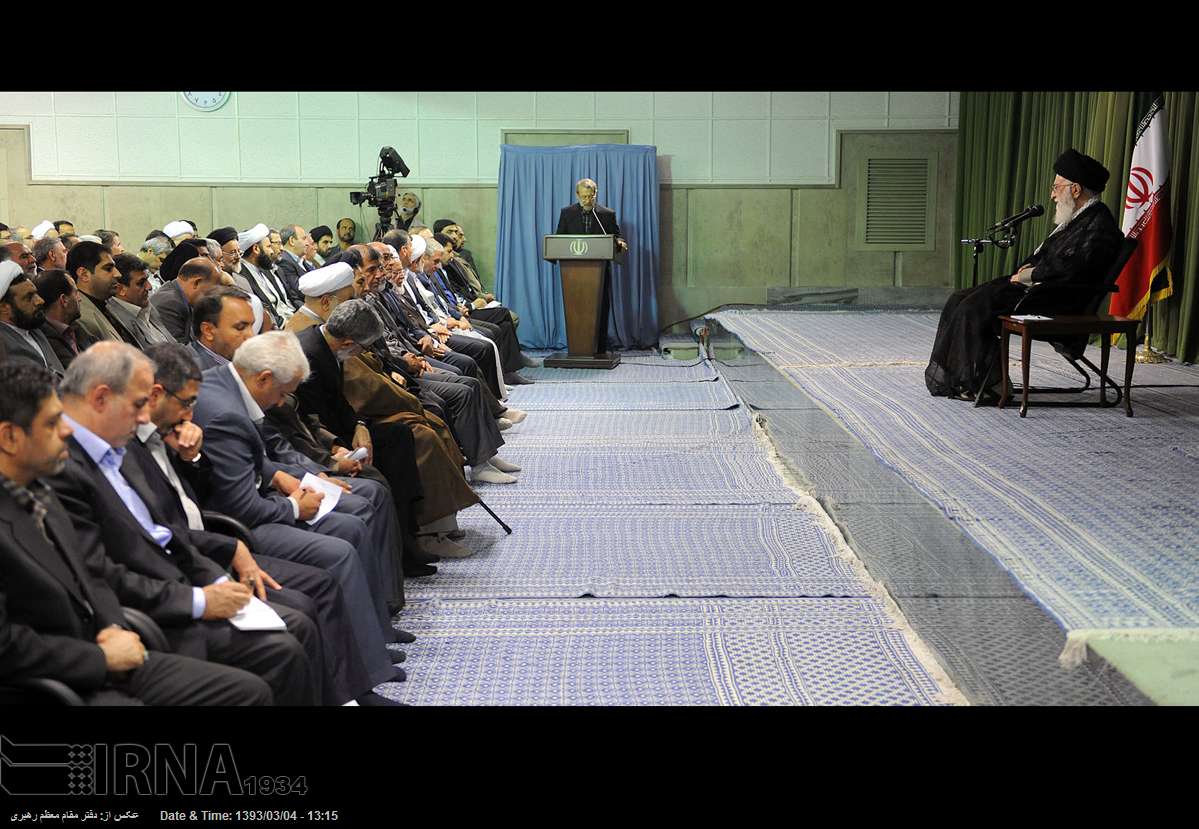 TEHRAN, May 25 (MNA) – Leader of the Islamic Revolution has said merely praising Resistance Economy policies would not suffice, but action was necessary.

Ayatollah Ali Khamenei, who was addressing Parliamentarians in the eve of their third year in the parliament, told that the Islamic system was born out of resistance and our duty was to fight.

“All should care, since all we are fighting in all fields of economy, politics, and also in [nuclear] negotiations,” added the Leader.

Ayatollah Khamenei also emphasized that merely lavishing praise on the Policies would not suffice, but that “action is necessary.”

He believed a duty of Parliament was truly fighting against corruption. “We should not allow ‘cradles of filth’ to grow; if in the first place, we allow corruption to be fostered, its treatment would be difficult, or if treated, it would inflict damage on the system,” he asserted.