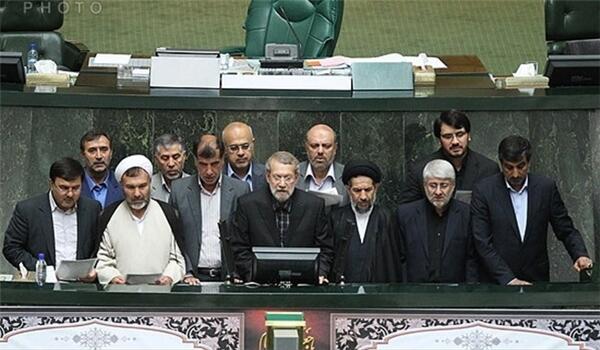 The Iranian legislature held polls on Sunday to appoint the parliament’s presiding board.

Winning an outright majority, Ali Larijani was appointed as the parliament’s speaker for another term, with Mohammad Hassan Abutorabifard and Mohammad Reza Bahonar as the vice-speakers.

The Iranian Parliament has currently 290 representatives, changed from the previous 272 seats since the 18 February 2000 election. The most recent parliamentary polls were held on March 2, 2012, and the new parliament was opened on May 27, 2012.

The lawmakers take the seats for a four-year term.