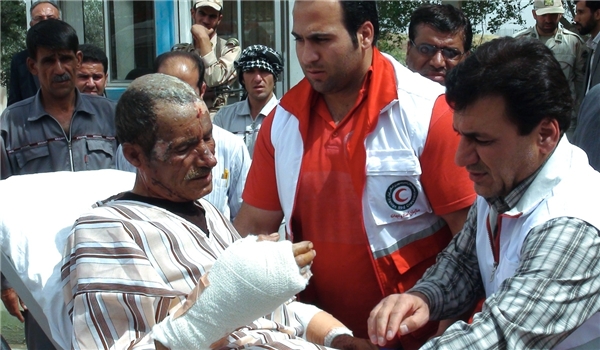 “The security forces have arrested 7 individuals suspected of involvement in the Saturday terrorist attack on the vehicle of an Iranian company,” Head of the Iraqi Diyala Provincial Security Committee Sadeq Al-Hosseini told the Arab-language Alsumaria news website.

Al-Hosseini further blamed the Islamic State of the Iraq and the Levant (ISIL) for the terrorist attack.

A total of 12 people, including four Iranian nationals, were killed and 39 wounded in separate attacks across Iraq Saturday, police said.

In Iraq’s Eastern province of Diyala, four Iranian workers were killed when a roadside bomb struck a convoy of vehicles belonging to an Iranian company building a gas pipeline between Iran and Iraq in Imam Wies area, some 110 km Northeast of Baghdad, a provincial police source said Saturday.

Eight Iranian and Iraqi workers were also wounded in the blast.

The Iranian company was working on extending the pipeline as part of a deal to export gas to Iraq to fuel a power plant in Mansouriyah area in Diyala province.