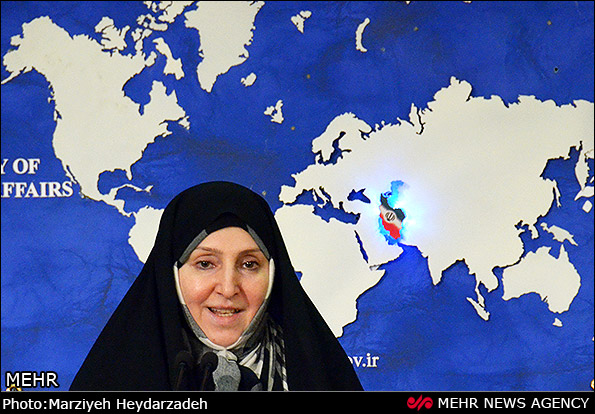 Iran hopes for restoration of rule of law in Thailand

TEHRAN (FNA)- Iranian Foreign Ministry Spokeswoman Marziyeh Afkham voiced Tehran’s concern over the current conditions in Thailand, and hoped that calm will be restored in the Southeast Asian country soon.

“We hope that an elected government will be formed and start work in Thailand soon,” Afkham said on Sunday.

She underlined the need for the return of security and stability to Thailand, and said, “We hope that general elections with the participation of all the political parties and groups will be held in that country.”

On Thursday, the armed forces seized power in a coup after months of turmoil that paralyzed much of the government and caused deadly clashes in Bangkok.

Popular demonstrations in Thailand began in late 2013, with calls for the ouster of Prime Minister Yingluck Shinawatra’s administration and implementation of anti-corruption reforms. On May 7, Yingluck reportedly was removed from government after a ruling by the Thai Constitutional Court. The military declared martial law earlier this week.

Former Thai Prime Minister Yingluck Shinawatra was ordered to report to the military junta, the National Council for Peace and Order, on Friday. More than 100 others, including politicians and activists, were also summoned. Later reports said the former premier and some other former government officials were incarcerated.

But earlier today, a highly placed source in the junta that took over Thailand in a coup d’etat last week said that the former prime minister is no longer in military custody.

A source close to Yingluck also confirmed to CNN that she was released from a military camp.