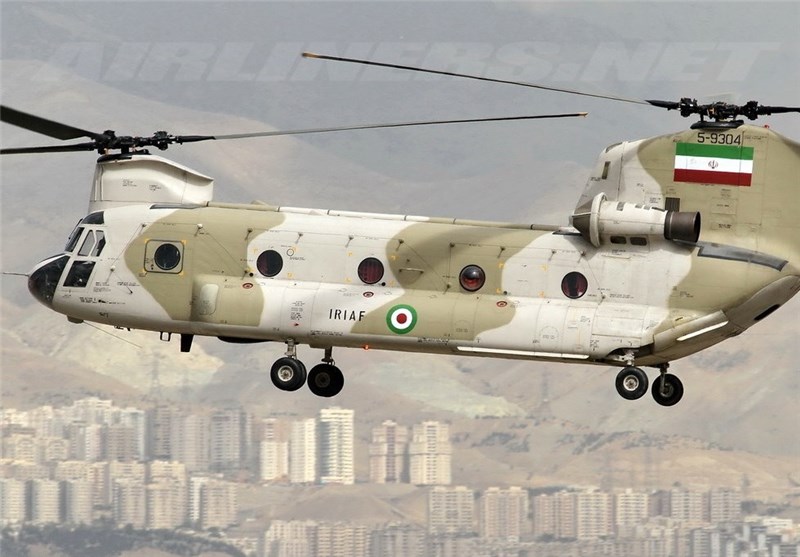 TEHRAN (Tasnim) – Commander of the Iranian Army Ground Force on Sunday unveiled two simulators that are employed by the airborne units for training purposes, one of which has undergone major repairs after being out of service for 10 years.

In a visit to a military base of the Ground Force airborne division in Iran’s central province of Isfahan on Sunday, Brigadier General Ahmad Reza Pourdastan unveiled two products used by the military pilots for training courses, including a simulator for the flight of the CH-47 Chinook multi-mission helicopter, and another simulator for firing the TOW missiles from a Cobra helicopter.

The Chinook chopper simulator had been out of service for 10 years before the local experts managed to repair the machine.

And the second simulator helps the Cobra helicopter pilots hone their flying skills while firing the TOW missiles mounted on their combat aircraft.

Earlier this month, Pourdastan said the Army has mounted new guided missiles and rockets on its helicopters, one of which has a range of more than 4 kilometers.

According to the commander, the Ground Force has also managed to upgrade the capabilities of the equipment on the choppers, including the mounted machine guns and night vision devices.

Elsewhere, the commander announced that the country’s ‘national helicopter’ will be unveiled in the current Iranian year (ends on March 20, 2015). The home-made chopper is equipped with the most advanced military equipment, the commander explained.