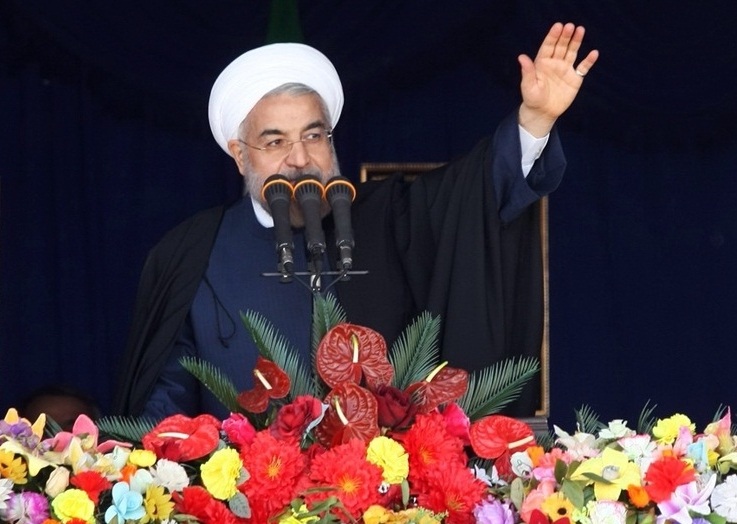 Tehran, May 24, IRNA – President Hassan Rouhani here on Saturday stressed that the Iranian nation will surely emerge triumphant in the nuclear case.

The President made the remarks in the national congress commemorating martyrs of the Khorramshahr liberation operation.

He referred to Khordad 3 (May 24) as a very important, memorable and prideful day in the nation’s calendar.

The President said the day, when the nation heard of the collapse of Khorramshahr despite weeks of heroic resistance aginst the occupying Iraqi army was the most bitter day for all Iranians.

However, he added, the word ˈKhorramshahrˈ brings both sweet and bitter memories to the mind since it simultaneously stands as the day of its collapse and liberation.

The President reiterated that victory over an enemy which was armed to the teeth by all world powers was achieved by a nation which had no one to rely on except the Almighty.

By using petrodollars provided by certain regional states, western and eastern arms were sent to the enemy while the same countries refused to provide even one single spare part to Iran, he added.

The congress was held to celebrate the anniversary of the victorious operation of Beit-ul-moqaddas which led to the liberation of the city from the occupation of the Iraqi army in 1982.

The day has been designated as the “day of resistance, sacrifice and victory” since.