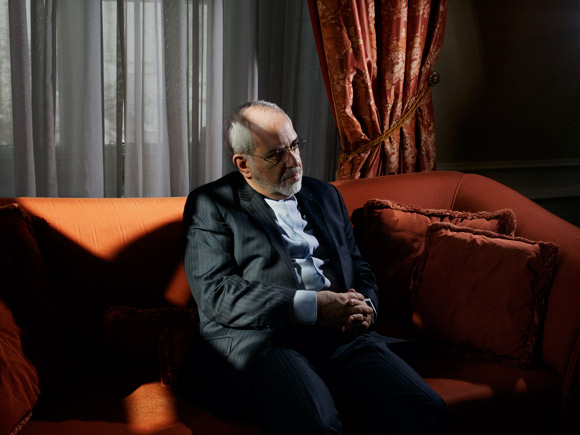 I first met Mohammad Javad Zarif, the Iranian foreign minister, in the nineteen-eighties, when he was a junior member of the Iranian delegation at the United Nations. This week’s issue of The New Yorker includes a Profile based on twenty-five years of conversations with him, including four in Tehran and New York since last September. Zarif is now the pivotal broker in nuclear talks between his government and six world powers—Britain, China, France, Germany, Russia, and the United States. After eight months of diplomacy, the serious drafting of terms for a long-term deal to insure that Iran does not acquire a nuclear weapon began last week, in Vienna. The deadline for reaching an agreement is July 20th.

A nuclear deal would almost certainly affect Iran’s political future. “If we can ascertain and show to our people that the West is ready to deal with Iran on the basis of mutual respect and mutual interests and equal footing, then it will have an impact on almost every aspect of Iran’s foreign policy behavior—and some aspects of Iran’s domestic policy,” Zarif said.

Iran and the six powers must address points of contention on virtually every aspect of a nuclear deal, from the future of suspect facilities to accounting for past programs, but Zarif has been noticeably upbeat about prospects for a breakthrough. I asked him how difficult it would be to reach an agreement. The red lines—particularly between Washington and Tehran—often seem insurmountable.

“It’s going to be both hard and easy,” he said. “Easy, because ostensibly we have a convergence of views on the objectives. We don’t want nuclear weapons, and they say the objective is to insure Iran does not have nuclear weapons. So, if that is the objective, in my view it’s already achieved. We just have to find mechanisms for agreeing on the process.”

But the details “may be cumbersome,” Zarif added. “More so because those who do not want to see an agreement, those who seek their interests in greater mistrust and conflict, are hard at work. And they do their best to prevent.” He presumably meant opponents in the United States and Israel, as well as in Iran. But he predicted that they were regrouping to prepare for what comes next if a deal is struck.

“Now they have had time to collect themselves and to come up with probably new tactics,” he said. “I still believe that they’ll lose. But they are going to make life a bit tougher for those who want to do something positive.”

For Iran, the singular theme in negotiations with the six major powers is respect. “Respect for Iran’s rights,” as Zarif put it, is a euphemism for the right to enrich uranium, a process that can be used both for peaceful nuclear energy and for weapons. Tehran believes that enrichment is necessary for building alternative energy sources. Within a generation, because of soaring domestic oil consumption, Iran could run out of oil for export—the country’s main source of revenue. Iran also wants to restore Persia’s historic standing in the annals of science, and it sees nuclear energy as crucial to modern development. It feels the West wants to block any such advancement.

“Nuclear talks are not about nuclear capability.” Zarif told me. “They are about Iranian integrity and dignity.” He went on, “If the other side understands the importance of dignity and integrity to the Iranian people, and grasps the fact that various Iranians—who may never have seen [facilities at] Natanz or Arak or Fordo—believe that dignity is not up for sale, that their technology and development is not up for sale … then they will be able to reach an understanding with us.”

Iran’s nuclear debate is technically the domain of the Supreme National Security Council, which advises Supreme Leader Ayatollah Khamenei. He will have the last word. But there is a smaller committee—including Iran’s new President, Hassan Rouhani—that has worked out specific terms for the nuclear talks.

“It’s a debate,” Zarif said of discussions within the Iranian government. “And debate is healthy, heated or otherwise. It’s a very, very serious subject and it has important implications, and that is why it is a difficult decision. And a lot of mistrust is there, of the West. So every step is taken, I hope, with a lot of prudence, and consideration.”

When I was in Tehran in March, I asked Zarif how much a nuclear deal depended on him. “I don’t know,” he said. An aide, sitting nearby, chimed in quickly, “Ninety per cent! The outcome depends ninety per cent on him.”

President Rouhani is a striking change from his predecessor, Mahmoud Ahmadinejad, even in Iran’s controlled political environment—particularly when it comes to foreign policy.

“We have a different perspective of the world,” Zarif said of the stance that he and Rouhani have taken. “We don’t necessarily see the world in terms of black and white. We believe there is the possibility for engagement and interaction. We believe we do not necessarily need to agree with somebody to be able to talk to them or to engage with them or to reach an understanding.”

But, he went on, “at the end of the day, we are actually much more self-confident. So we believe we can negotiate and achieve our goals, because we have the ability to make our point logically and to convince our negotiating partners that they can have a deal with us.”

Even so, there is nothing to prevent the Islamic Republic from returning to hard-line positions. “The electorate can send us back home,” he said. “I retired at the early age of forty-seven”—when Ahmadinejad squeezed him out of the Foreign Service—“so I can retire again. And I think people have every right to make that choice.”

Zarif ascribed Ahmadinejad’s election as President, in 2005, to the West’s failure to respond to diplomatic outreach during the reform period under his predecessor, Mohammad Khatami. “Iran adopted an open, engaging policy,” Zarif said. But the West’s reaction was “based on illusions—and, unfortunately, a bunch of people sitting in the White House who had extremely limited knowledge and grasp of world realities. The reaction to this openness was arrogant, wishful, and delusional. And the Iranian people believed that their dignity had been compromised, that the openness of our administration had been confronted with hostility and excessive demands. So they elected someone diametrically opposed to that approach.”

I mentioned that the anti-American rhetoric—notably, things I’d heard while attending a Friday-prayers service—was more provocative than anything said by Americans. From the women’s section, I heard shouts of “Death to America” three times. I asked Zarif why Iranians are not sensitive to the things that they want Americans to be sensitive about.

“We’re talking about something done by the public versus something by the President of the United States,” Zarif said, a reference to statements, made by both Obama and George W. Bush, that military strikes against Iran remain an option. “The people of Iran respond to intimidation and pressure negatively; almost they are allergic to it… . It produces resentment among the Iranian people, and the chanting that you see in the Friday prayers.”

He went on, “I assure you, these people are the same people who went out of their way after 9/11 presenting their condolences to the Americans, even walking in the streets with candles, commemorating and expressing their sympathy and unity of purpose, actually, with the Americans. And, in two consecutive weeks, there was no slogan [at Friday Prayers]. But what changed it? Statements by Don Rumsfeld and Condi Rice humiliating the Iranian people.”

America should have learned better over the past thirty-five years, Zarif said. Iranians “respond very positively to respect. Try it. It won’t kill you.”

Zarif told me, “There are two futures. One future will be greater conflict, greater tension, greater mistrust—basically, more of the same as we had in the past. But more of the same may not be easily manageable. And it may even get worse, and more dangerous. So that’s one option, which I hope will not be before us.”

I asked him if that outcome included another Middle East war. The United States and Israel have both warned that if diplomacy fails the military option remains on the table.

“I’m not that worried about war,” Zarif said. “Insecurity is the word I would use—insecurity and tension and conflict. I thought civilized people had abandoned wars.” But then he added, “Sometimes people don’t make rational decisions.”

The second, more hopeful future, he said, is one in which, despite differences, the world powers “can work together on serious issues of mutual concern and try to address them. And these issues include problems of instability, extremism, and terrorism in the Middle East and Afghanistan, and a whole range of other possibilities, including Iran being a reliable source of energy for Europe.”

For decades, Iran was one of two pillars of American foreign policy in the Middle East. Israel was the other. I asked Zarif if the United States and Iran had any common interests thirty-five years after their diplomatic split.

By The News Yorker