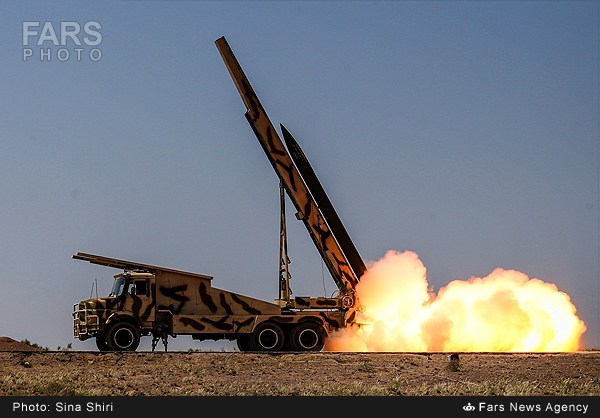 The Iranian Ground Force started the second stage of massive exercises in the Central province of Isfahan on Saturday after staging missile drills in the same region on Friday.

Platform A of South Pars (SP) Phase 12 in Bushehr province will increase sour gas production capacity by 500m cubic feet (mcf) per day to reach 1b cubic feet per day.

Commanders of the armed forces renewed allegiance to the ideals of the Founder of the Islamic Republic, the late Imam Khomeini Saturday morning.

Director-General of the International Atomic Energy Agency (IAEA) Yukiya Amano voiced his satisfaction the measures taken by Iran in the implementation of a 7-article agreement signed by Tehran and the UN body in February, and informed that the IAEA is analyzing information provided by Tehran.

Iran’s senior negotiator has quoted Mr. Zarif as reportedly saying to the Powers ‘I am not here to incite attack on my country.’

Minister: Iran not to withdraw from rights in N. talks

Iranian Interior Minister Abdolreza Rahmani Fazli stressed the country’s astonishing progress in different scientific and industrial fields, and said Tehran is serious about defending its nuclear right in the talks with the world powers.

‘Development may lag without development in health sector’

Iran’s Hassan Rouhani has said development would lag behind without development in health sector.

A former United Nations official said that melting the ice in Tehran-Riyadh relations is an indication to successful foreign policy of the Iranian government.

A private tour of the desert city

Yazd is the capital of Yazd Province, in the heart deserts of Iran, located 644 Km southeast of Tehran.