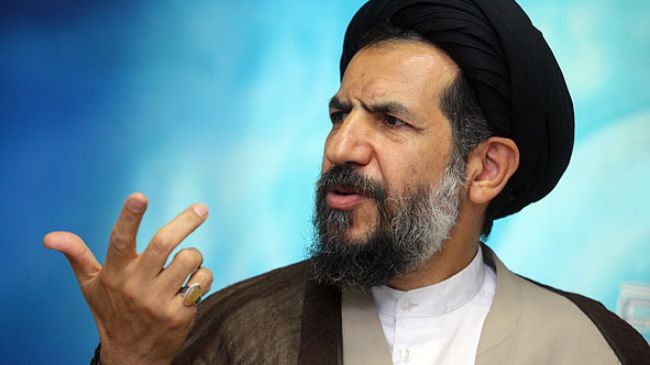 He made the remarks in a ceremony to commemorate 414 martyrs of Songor and Keliyaei, Kermanshah province.

He compared the negotiations of the western governments with the weak countries over their nuclear program with the Iranian nuclear talks, and said that the great Iranian nation forced them to enter into negotiations through resistance to their excessive demands.

The MP noted that nuclear achievements have been attained through the nation’s resistance to the bullying powers and the arbitrary sanctions.

Abutorabifard called on the officials to consider the slogan of the year which calls for administration in light of the Jihadi management to achieve success in all the fields.

Conquering the peaks of progress requires wisdom, knowledge and national resolve, he said, referring to the designation of the current Iranian year by the Supreme Leader as the ‘Year of Culture and Economy with National Resolve and Jihadi Management’.