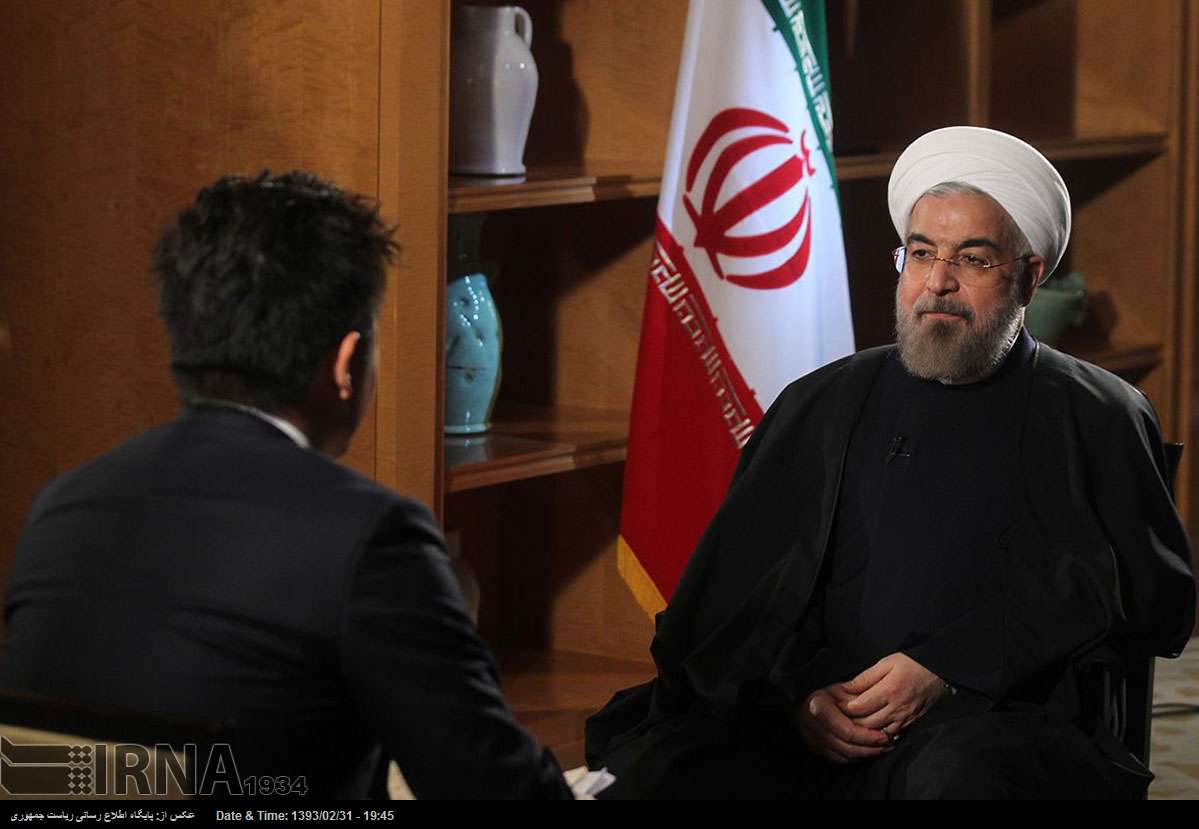 US must make amends to build new era with Iran: Rouhani

Iranian President Hassan Rouhani says Iran-US relations can enter a new phase if Washington renounces its animosity toward the Islamic Republic and makes up for the harm its has inflicted on the Iranian nation.

“If the US, in practice, abandons its hostile policy toward the Iranian nation and compensates for its past [antagonism], a new situation can be envisaged for the future of both nations,” Rouhani said in an interview with China’s CCTV television network on Wednesday night.

President Rouhani said the Iranian people have suffered a lot as a result of the hostile policies of the US and expect White House politicians to abandon their past behavior of ignoring Iranians’ interests.

The Iranian chief executive said the Islamic Republic pursues its rights in the international arena and does not seek revenge for Washington’s hostile moves against Iran.

“The US should take steps in the direction of respecting the rights of the Iranian nation and at the same time undertake to compensate for the losses inflicted on Iran,” Rouhani said.

He underlined that the Iranian people have never had and will never have any problem with the American nation.

Only if the rights of Iranians are respected, one can hope for a future which would hope the possibility for “dialog between the representatives of both nations,” Rouhani said.

Iran and the US severed ties after the victory of Iran’s Islamic Revolution in 1979. On September 27, 2013, Iranian President Hassan Rouhani and his American counterpart Barack Obama held a telephone conversation as the Iranian president was wrapping up his visit to New York for the 68th annual session of the UN General Assembly.

The call was the first direct communication between an Iranian and a US president in three decades.