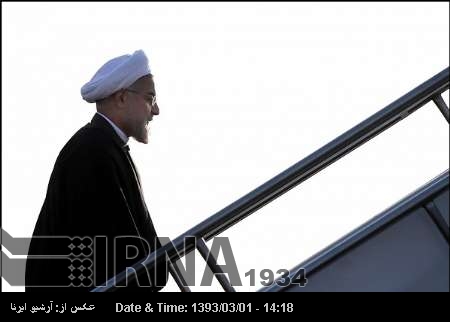 Shanghai, May 22, IRNA – Iranˈs President Hassan Rouhani concluded his three-day visit to China and left Shanghai for Tehran on Thursday.

President Rouhani arrived in China on Tuesday to attend the fourth summit of the Conference on Interaction and Confidence Building Measures in Asia (CICA).

While in Shanghai, Rouhani held talks with a number of senior officials of different countries on the sidelines of the meeting.