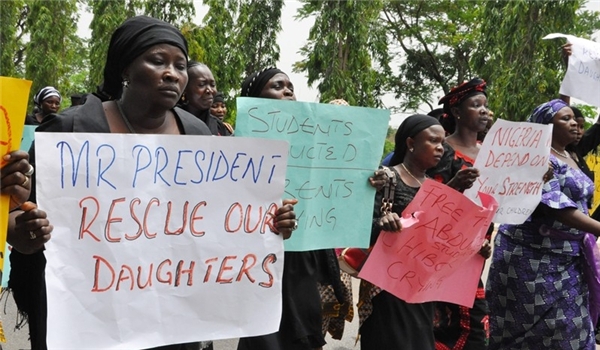 TEHRAN (FNA)- Director-General of the Iranian Foreign Ministry’s Department for African Affairs Valiollah Mohammadi Nasrabadi underlined Tehran’s readiness to help the Nigerian government free the school girls who have been abducted by Boko Haram, a Wahhabi Al-Qaeda affiliate in Nigeria.

Mohammad Nasrabadi made the remarks addressing an International Conference on ˈUnity against Terrorism and Extremism’ in Tehran on Wednesday to deplore prolongation of ordeal of the Nigerian kidnapped girls.

He said that the Islamic Republic of Iran is ready to extend technical assistance to the Nigerian government to help release of the kidnapped girls.

Mohammadi Nasrabadi accused Boko Haram of trying to spread Islamophobia throughout the world.

“The Islamic Republic of Iran is ready to extend any kind of help to the Nigerian government and nation to resolve this problem,” Amir Abdollahian said in a meeting with Nigerian Ambassador to Tehran Tukur Mani.

Earlier this month, the Iranian foreign ministry deplored the Boko Haram’s kidnapping of the school girls and called it an inhumane move.

“Unfortunately, Nigeria has been entangled by the terrorist groups for a while and its security and stability have been endangered and the Nigerian citizens have sustained loss and damage,” Foreign Ministry Spokeswoman Marziyeh Afkham told reporters in Tehran.

She expressed concern about the abduction of the Nigerian girls, and said, “We completely reject this inhumane act as an unacceptable move and we hope that action will be adopted to prevent operation of extremist groups and terrorists in Nigeria and the world and we hope that stability and tranquility will be established in that country at the earliest.”

Fears for the fate of 276 Nigerian girls turned even more nightmarish last Monday when the leader of the Islamist militant group that kidnapped them announced plans to sell them.