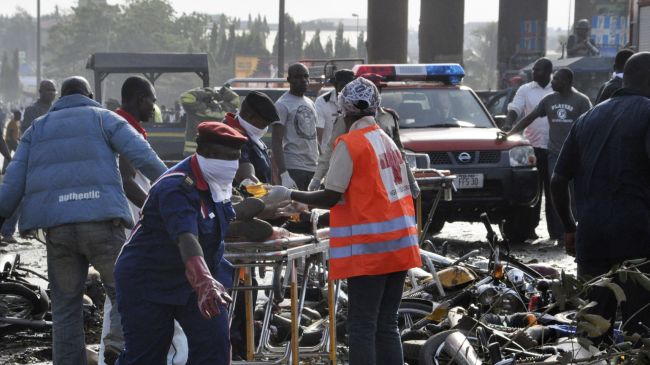 Iran has condemned the recent “terrorist” bomb attacks in Nigeria, urging peace and security in the African country.

Iran “expresses abhorrence over such extremist, terrorist and inhumane acts and calls for the establishment of peace, calm and security” in Nigeria, Iranian Foreign Ministry spokeswoman Marzieh Afkham said on Wednesday.

The Iranian official also expressed the Islamic Republic’s sympathy to the families of the victims.

The twin bombs exploded minutes apart in the city of Jos in Plateau state, situated in Nigeria’s Middle Belt region.

There was no immediate claim of responsibility for the attacks, but officials and residents blamed members of the Boko Haram Takfiri group for the assaults.

Boko Haram has claimed responsibility for a number of deadly gun and bomb attacks in various parts of Nigeria since 2009.

Boko Haram — whose name means “Western education is forbidden” — says its goal is to overthrow the Nigerian government.