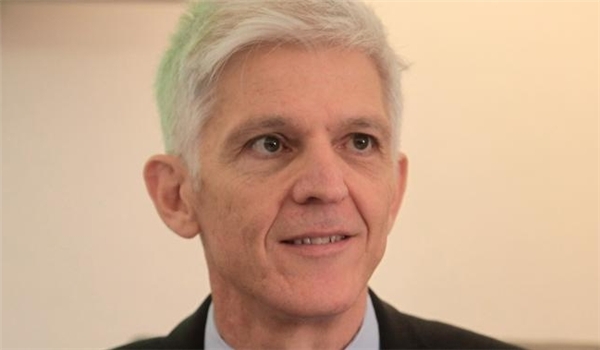 TEHRAN (FNA)- The former Italian Minister of Heritage, Cultural Activity and Tourism Massimo Bray believes that Iranian culture and civilization is unique and unparalleled in the world.

When Massimo Bray visited Iran in January this year, he was a member of the Italian cabinet and the second Italian minister after the Foreign Minister Emma Bonino who would travel to Iran in the last 10 years. However, following the resignation of Enrico Letta as the Prime Minister and the reshuffling of the cabinet, he was automatically removed from his post and replaced by Dario Franceschini in the Matteo Renzi cabinet.

Massimo Bray came to Iran to broaden and expand the cultural ties between Italy and Iran, the two countries that have historically maintained close and amicable ties. Mr. Bray was thrilled with his experience of visiting the tourism magnets and cultural attractions of Iran and said that Iran’s contributions to the world culture have been outstandingly important and indispensable. He traveled to different Iranian cities such as Isfahan, Kashan and Kerman and took a tour of the historical buildings and attractions of these cities.

“I believe that whoever will have – as I’ve had – the opportunity of visiting Iran couldn’t possibly disagree with me about Iran’s cultural, historical identity history being one of the most important of the world. Iranian civilization has had a huge impact on the history of mankind,” said Massimo Bray in an exclusive interview with Fars News Agency.

Mr. Bray was the Italian minister of culture since April 2013 until his removal in February. He has studied philosophy and literature and was on the editorial board of the Italian Institute of Human Sciences until 1994. He is an intellectual, author and blogs on the Italian version of the Huffington Post.

Massimo Bray took part in an interview with FNA and described his viewpoints and feelings about his January trip to Iran and his experience with the Iranian culture and civilization.

Q: Dr. Bray; your trip to Iran was the second visit by a member of the Italian cabinet to Iran following the election of Dr. Hassan Rouhani as the President of Iran. What’s your assessment of the new atmosphere of cooperation between Iran and the international community that has emerged following the June 2013 presidential elections? What’s your perspective on the future of Iran-Italy relations in the Rouhani administration?

A: I’m very confident about Iran’s future role in the international cooperation scene, because I firmly believe in your country’s ability to combine its cultural and historical identity with the necessity of developing an international presence open to dialogue and based on reciprocal respect.

Iran is giving proof of great insight into innovation processes and, at the same time, of great attention to cultural traditions. Because of that, I’m sure that your country has potential to become one of the most prominent actors in the next global scene. President Rouhani has been manifesting in many ways his determination to represent every component of the reformist and identity-oriented Iran, giving voice to moderate forces who believe in dialogue as a perceptive, discerning approach to foreign policy. I’m appreciating really much the series of reforms Mr. Rouhani has started. I paid a lot of attention to the #RouhaniCare initiative, a health reform which gives universal health care for all Iranian citizens. While travelling across Iran I saw that policies of this kind can coexist with the awareness that a new humanism, based on culture and individual rights, is also crucial.

Q: You visited different Iranian cities and cultural magnets, such as the gigantic Bam Citadel which is the world’s largest adobe structure. What’s your feeling toward the Iranian architecture, culture, arts and civilization? Does Iran have the capacity to become a major international tourist destination?

A: Visiting Bam Citadel has simply been one of the most meaningful experiences of my entire life. After being educated and trained as a historian, eventually, I had the chance to experience directly one of the world’s greatest archeological treasures. I’m very proud of the brilliant work done by Italian archeologists during the last years, nevertheless during my visit I realized how much crucial is that every single one of our next archeological efforts in Iran will be made side by side with local scholars and professionals. Bam’s beauty of course reminds me of some of the Italian archeological gems and your hospitality, openness, sensibility and even some of your culinary habits showed to me how Iran should play a big role in defining a new development model, centered on cultural heritage protection and its enhancement through tourism. I’m so positive about this opportunity that my Iranian friends very kindly invited me to become Bam’s ‘ambassador’ to the world.

Q: Great! In a recent statement, you said that the cultural and natural attractions in Iran are so numerous and diverse that every Italian citizen who visits the country would be afflicted by something like a “speaking syndrome” which makes him unable to describe these beauties and magnificent scenes to other people. What would you tell your fellow citizens about Iran and its unseen beauties and attractions after your trip? Why do you think the Italian citizens will be amazed and excited to visit Iran and explore its historical sites?

A: I believe that whoever will have – as I’ve had – the opportunity of visiting Iran couldn’t possibly disagree with me about Iran’s cultural, historical identity history being one of the most important of the world. Iranian civilization has had a huge impact on the history of mankind. Tokens of Iran’s cultural prominence are widely available throughout your country and each one of them worthy of being discovered and loved.

Here I have to mention at least the Golestan Palace, one of the oldest and most beautiful monuments in Tehran and one of the UNESCO World Heritage sites.

Q: Right. So let’s move on to the next question. After visiting the Mahan Prince Garden in Kerman, you stated that this garden is reminiscent of Italy in the renaissance period when a great deal of attention was paid to ornamented architecture and cultural activities. What commonalities and similarities do you find between the cultures and civilizations of Iran and Italy?

A: The Mahan Prince Garden, with its rationality, its astonishing water tanks, troughs and pools, water jets and fountains couldn’t possibly not remind me their affinity with the ones I’ve grown up admiring in my country and, at the same time, hint that, over the centuries, encounters and confrontation between different people and different cultures have been the best way to ensure the dialogue among nations. I’m sure that people living in the 21st century should totally rethink foreign relations policies, entrusting to intercultural relations the mission of overcoming the issues that the foreign policies choices of the past have failed to outdo. We should replace the idea of supremacy with the idea of respect.

Q: What kind of cooperation can Italy and Iran have on tourism and culture? I learned that there are some Italian researchers working with Iran’s cultural heritage organization on archeological excavations in such ancient sites as Persepolis located in southern Iran. Although you’ve stepped down as the Minister of Culture, you may have some suggestions for the improvement of cultural relations between the two countries. What’s your take on that?

A: My best advice would be to look at Iran with the highest regard and the most sincere optimism, for I’m convinced that your country could play a critical role in the big geopolitical changes we’re going to face. Even if I’m not appointed minister anymore, I would like to keep on supporting Iran-Italy cultural relations in every possible way.

Relationships among nations should be more and more ‘reciprocity oriented’, enhancing the different value scales every nation has developed during its history, and always protecting cultural identities from the risks provided by globalization.

Q: What’s your viewpoint regarding the importance of cultural diplomacy in broadening and improving the Iran-Italy bilateral ties? I read that you proposed the formation of an Iran-Italy joint cultural association to Ayatollah Hashemi Rafsajani. How is it possible to acquaint the Italian people with the realities of Iran while the mainstream media in the West don’t tend to portray a positive and promising image of Iran to their audience?

A: First of all I have to say that my encounter with Ayatollah Rafsajani has been one of the greatest experiences of my life, both from a cultural and political point of view and both from a human one. I would never forget his sensibility, his cultural curiosity, his broad knowledge of Western civilization, from the Italian humanism to the latest productions of the contemporary Iranian poets. But with Ayatollah Rafsajani we discussed even of the serious flaw of policies that tried hard, and for a long time, to uniform cultural differences. On the contrary, he insisted on the importance of safeguarding the identities on which is founded each one of the great cultural traditions of the world.

I believe that a place where we could research this subject could be the ideal representation of our common efforts to reach that goal. The Italians who would receive the honor to take part of the activities of an institution such as this will certainly bear witness of the cultural sensibility I was lucky enough to confront myself with.

Q: And finally, how much have your perceptions about Iran changed after visiting the country? What had you heard and thought about Iran before coming here and how much different was what you saw than what you had heard in the media and read on the newspapers?

A: I eventually felt the greatest sense of respect while facing closely a history of civilization of which I had had understanding mostly through books and studying. My travel to Iran has given to me a crystal clear validation of my expectations and I am now convinced more than ever that solely a positive attitude of acceptance allows visitors to appreciate the great beauty of your country and to overtake on prejudices. In the building of this belief I’ve been comforted very much by a book by Jalaluddin Rumi, which Ayatollah Rafsajani gave to me as a gift that I will keep with me forever.

Acknowledgements: My sincere thanksgivings to Mr. Valerio Godino and Mr. Giovanni De Stefano for their assistance to me in conducting this interview with the former Italian minister of culture Massimo Bray.