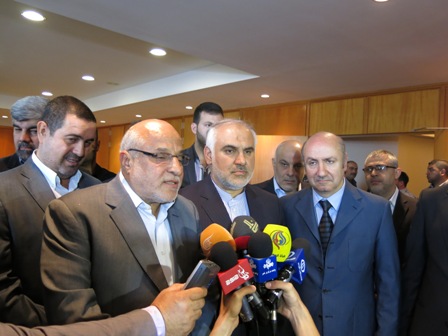 Tehran, May 21, IRNA – Mohammad Fathali, the newly-appointed Iranian ambassador to Lebanon, expressed his readiness to establish balanced ties with all Lebanese groups, parties and tribes.

Fathali arrived in Beirut on Wednesday and was welcomed by several Lebanese officials and heads of Palestinian groups residing in Lebanon.

Speaking at Beirut international airport, he said he was carrying a message of friendship and brotherhood from the Iranian government and nation.

He also said that he will try to improve relations between the two countries in various economics, political, cultural, and social areas.

The new Iranian ambassador to Lebanon will soon present his credentials to the Lebanese president.