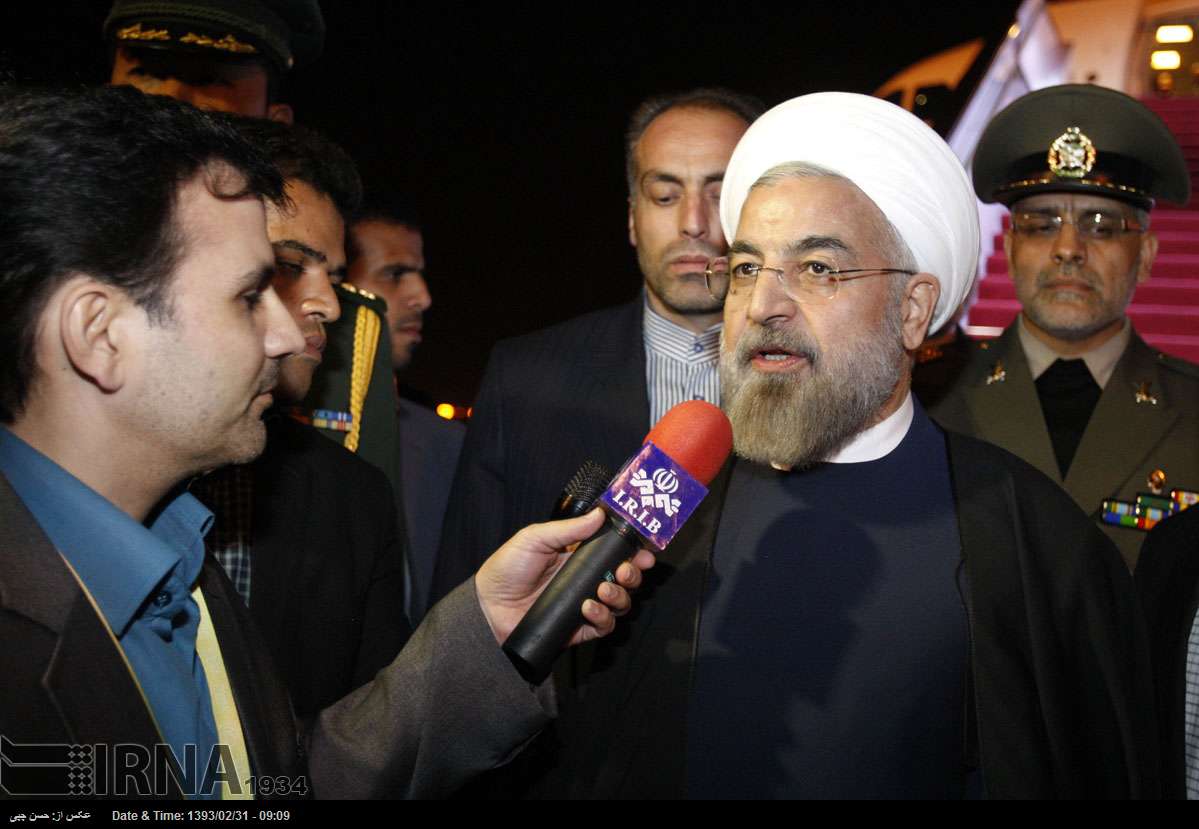 Iran’s President Hassan Rouhani has once again reiterated the importance of cooperation and joint measures to fully demolish weapons of mass destruction to promote global peace and security.

Addressing the fourth summit of the Conference on Interaction and Confidence Building Measures in Asia (CICA) in Shanghai, China, on Wednesday, the Iranian president said that the “only way to remove the threat of these weapons is their full demolition.”

He called on member states of the UN General Assembly to stabilize Asia’s effective role in achieving the goal of having a nuke-free world.

“Based on its defense doctrine and moral and religious principles, the Islamic Republic of Iran opposes atomic weapons but considers peaceful use of nuclear technology as its right and that of all countries,” the Iranian president pointed out.

“The Islamic Republic of Iran believes that the ongoing negotiations over Iran’s nuclear energy program can reach a final agreement through a win-win approach and avoidance of extremism and threat,” Rouhani added.

Iran and the five permanent members of the UN Security Council – Russia, China, France, Britain and the US—plus Germany wrapped up their latest round of nuclear talks in the Austrian capital of Vienna on May 16.

Rouhani further said that strengthening economic bonds and making more joint investment among CICA member countries are among the most effective ways to promote regional convergence in the global economy.

Nine countries and four international organizations, including the United Nations, have the observer status.

The Iranian president also warned against the humanitarian crisis in Syria which has been caused by certain countries that have provided extremist groups with weapons and information.

“The establishment of peace and tranquility in Syria depends on preparing the necessary conditions for understanding and national dialog between the Syrian government and all influential groups in the country, which requires non-violent methods and security and stability,” Rouhani stated.

He called on the UN General Assembly to pay heed to the situation of the Palestinian people and their sufferings after the occupation of their homeland by the Israeli regime.

He expressed regret over the international community turning a blind eye to expansionist policies of Israel.