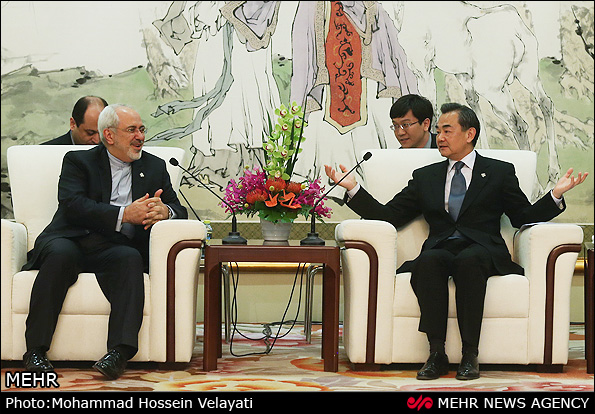 The meeting took place on the sidelines of the 4th Summit of the Conference on Interaction and Confidence-Building Measures in Asia (CICA).

They also reviewed bilateral relations and called for promotion of cooperation in all fields.

President Rouhani, accompanied by Zarif and some other high-ranking officials, arrived in Shanghai, China, on Tuesday to attend the two-day summit.

Meetings with counterparts, Iranians residing in China, including traders, directors of Iranian companies and representative offices, as well as meeting with Chinese elites are on the agenda of President Rouhani’s China visit.