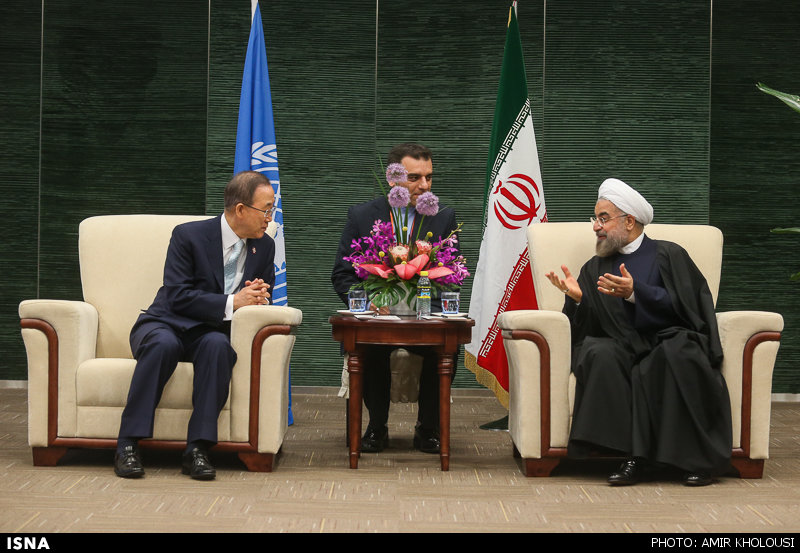 The meeting took place on the sidelines of the 4th Summit of the Conference on Interaction and Confidence-Building Measures in Asia (CICA), on Wednesday.

In the meeting, the two sides reviewed issues of mutual interest as well as regional and international developments and explored avenues for upholding the status of CICA in various arenas including peace, security, fight against terrorism, bolstering economic cooperation, protecting the environment and preventing proliferation of weapons of mass destruction.

The Iranian President also met with Sri Lankan President Mahinda Rajapakse on the sidelines of the meeting.

President Rouhani is scheduled to give a special interview with CCTV Wednesday evening.

A group of Iranian businessmen, managers of Iranian companies in China, top university students along with staff of Iranˈs embassy are to meet President Rouhani during his stay in the country.