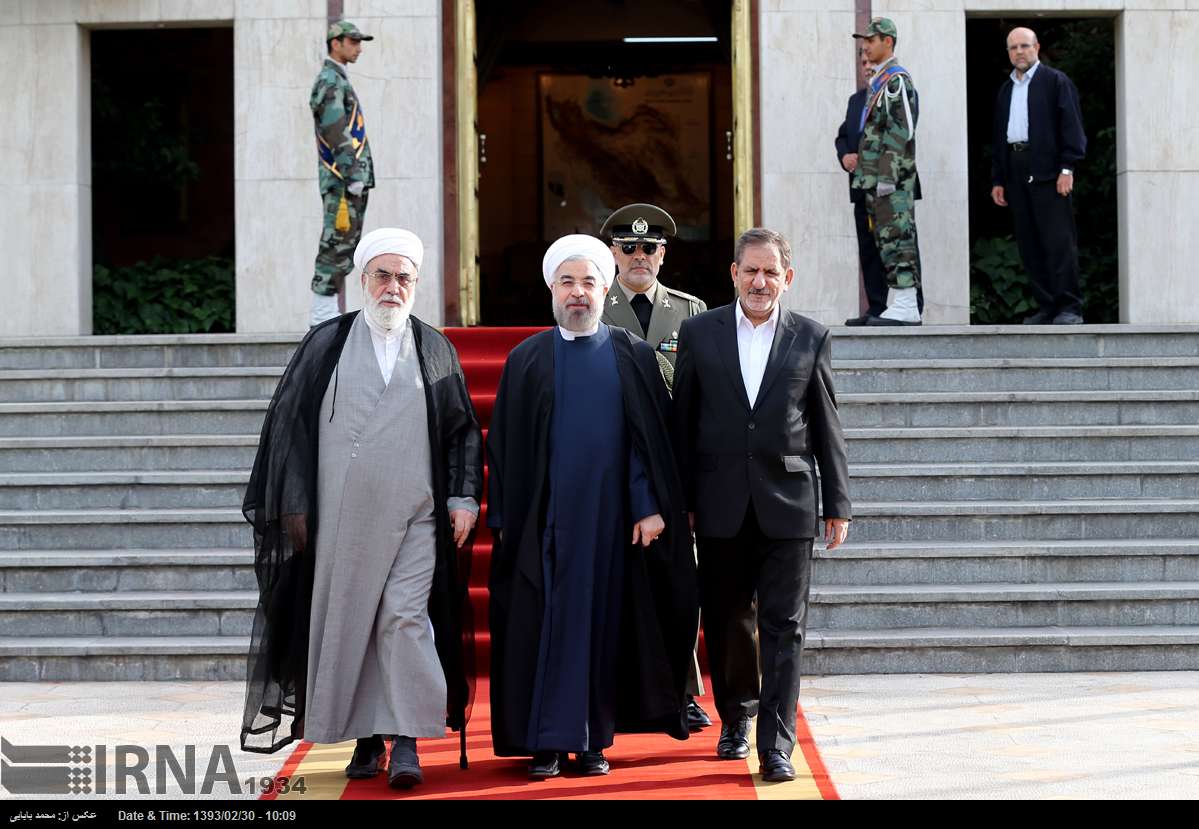 President Rouhani off to China to attend CICA summit

Tehran, May 20, IRNA – President Hassan Rouhani departed for China on Tuesday morning to attend the fourth summit of the Conference on Interaction and Confidence Building Measures in Asia (CICA) which is slated for Wednesday.

The CICA summit is to be held in two morning and afternoon sessions in the city of Shanghai.

President Rouhani is set to hold talks with a number of senior officials of different countries on the sideline of the summit.

Later on Wednesday, President Rouhani is to meet with China-residing Iranians and managers of Iranian companies.

President Rouhani will end his visit to Shanghai by attending a press conference later on Thursday.

The idea of convening the CICA was first proposed by Kazakhstan President Nursultan Nazarbayev in October 1992, at the 47th Session of the United Nations General Assembly.

CICA summits are held every four years while its ministerial meetings are conducted every two years.

The first CICA summit was held on June 4, 2002 with participation of 16 member states where the Almaty Act, the charter of the CICA, was adopted.

Presently, CICA has 24 members after Bahrain and Cambodia joined the gathering in 2011.