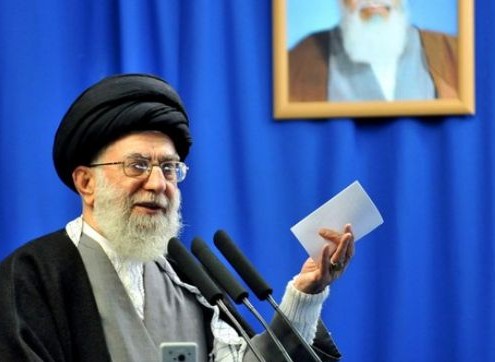 Iran has called for closer cooperation among world countries, especially the Muslim states, in order to counter extremism and terrorism.

The Iranian Armed Forces staged daylong massive air defense drills in the Persian Gulf’s air defense zone to elevate the level of their preparedness against any possible hostile drone flights over the country’s territorial waters and islands.

Commander: US made strategic mistake on Iran nuclear issue

Iran will not give in to the US pressures over its peaceful nuclear energy program, noted a high-ranking Iranian military commander saying that  Washington made a ‘strategic mistake’ over the issue .

Iran is ready to increase its crude oil exports from nearly one million barrels per day (bpd) should the European countries want to buy directly from the Islamic Republic, a senior Iranian oil official says.

Senior Iranian and Iraqi judiciary officials in a meeting in Tehran on Tuesday underlined the need for expanding judicial cooperation between the two Muslim states.

The Iranian Army Ground Force is to stage a wargame, codenamed Beit ul-Muqaddas, in the central province of Isfahan on May 23.

Foreign Minister spokeswoman Marziyeh Afkham dismissed any halt in Iran’s nuclear talks with the G5+1 and said negotiations between the two sides are going on.