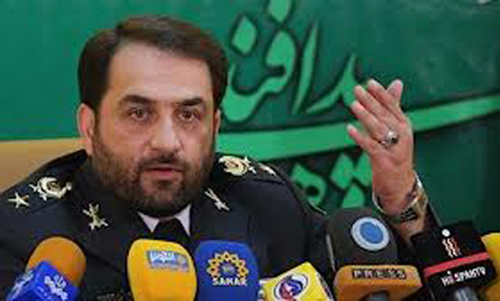 TEHRAN (FNA)- The Iranian Armed Forces staged daylong massive air defense drills in the Persian Gulf’s air defense zone to elevate the level of their preparedness against any possible hostile drone flights over the country’s territorial waters and islands.

According to a statement by Khatam ol-Anbia Air Defense Base, during the exercises codenamed ‘Mesbah al-Hoda’ (Lantern of Guidance), different types of radar, missile, artillery and electronic systems used for encountering and combating enemy flying objects were tested and proper tactical measures were adopted against hypothetical enemy UAVs (Unmanned Aerial Vehicles).

The Iranian Armed Forces also exercised relief and rescue as well as fire rescue operations and exercised rapid deployment of defensive troops and units during the drills.

Commander of Khatam ol-Anbia Air Defense Base Brigadier General Farzad Esmayeeli said at the time that his base along with the country’s Armed Forces’ units, including the IRGC, have participated in the massive aerial drills codenamed ‘Modafe’an-e Aseman-e Velayat 5′.

“These exercises were held in an area stretching over 700,000 kilometers of land,” Brigadier General Esmayeeli said.

He added that 12,000 forces of both the Army and the IRGC have taken part in the drills.

Also in September, Brigadier General Esmayeeli pointed to an air defense drill held last year, saying the exercises involved a large number of troops as well as indigenously-developed air defense systems and were staged in a warm region of the country.